The Walking Dead Zombie Bowl Kicks Off This Sunday 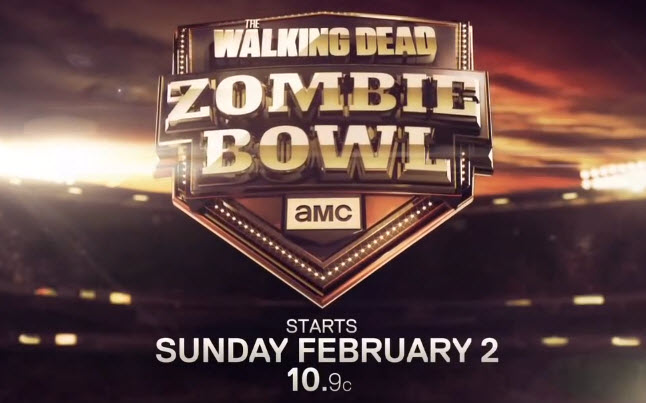 If you happen to not be a big fan of football, or the Super Bowl, then you do have The Walking Dead Zombie Bowl kicking off this Sunday. Starting on February 2nd at 10AM ET/PT, AMC will begin running the first two seasons of the highly popular television show.

The Walking Dead Zombie Bowl is an event that captures all the human versus zombie moments from season 1 and season 2. According to AMC, this is what we can pretty much expect.

“Fans of The Walking Dead, TV’s #1 non-sports show, won’t be left out on one of television’s biggest nights of the year. Every Humans vs. Walkers moment from The Walking Dead’s season one and two will run in a marathon all the way through the big game. Fans looking to be part of the action will have a full day and night of zombie hits and tackles so they can catch up on early episodes before the mid-season premiere on February 9th.”

Season 4 of The Walking Dead begins again next Sunday, February 9th. In anticipation of that event, AMC will be showing seasons 1 and 2 this weekend and then finish with seasons 3 and 4 next weekend. If you have yet to see the Zombie Bowl ad, check it out below.

A big fan of The Walking Dead television series. In my spare time I enjoy blogging and simply hanging out. Oh and lets not forget, Go NY Giants!
You might also like
AMCsuper bowlExtras