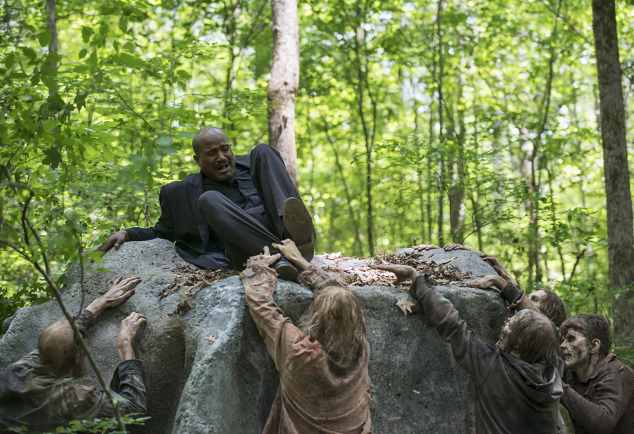 As expected, ratings for The Walking Dead’s second fifth-season episode “Strangers” were down from the premiere, but the show still drew huge numbers and posted its third strongest ratings ever.

What do we take away? It looks like The Walking Dead is going stronger than ever. With a sixth season already confirmed we can expect to follow Rick and company for a long time.