The Walking Deceased Mocks the Dead 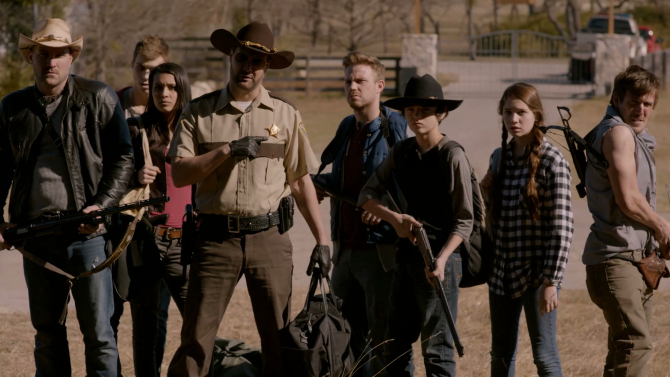 In the tradition of Scary Movie, but with less budget and not from any of those guys, comes The Walking Deceased, a new parody of your favorite show.

Variety reports The Walking Deceased has been picked up for distribution by ARC Entertainment. The film is written by Tim Ogletree and directed by Scott Dow and stars Dave Sheridan (Doofy in the original Scary Movie), Joel Oglesby and Ogletree.

The movie parodies various films like Warm Bodies and Zombieland, although the main thrust seems to be The Walking Dead. Characters include “an idiotic Sheriff with definite coma-induced brain damage, his hardass son and a hobo with only a crossbow to stave off the walking dead, four squabbling friends forced to survive this zombieland together, and a lonely zombie who just needs love to fully regain his warm body.”

If you want to know if The Walking Deceased is for you, stop and watch the clip above. That gives you a good idea of the kind of special effects, acting and humor we’re getting. If it made you chuckle and not cringe, you might want to try it when it hits theaters and video on demand March 20 and DVD April 24, according to its Facebook page. You can check out the Facebook page for more info.

Honest Trailer For Call of Duty: Modern Warfare Hits Where It Hurts
Be the first to comment!
Leave a reply »