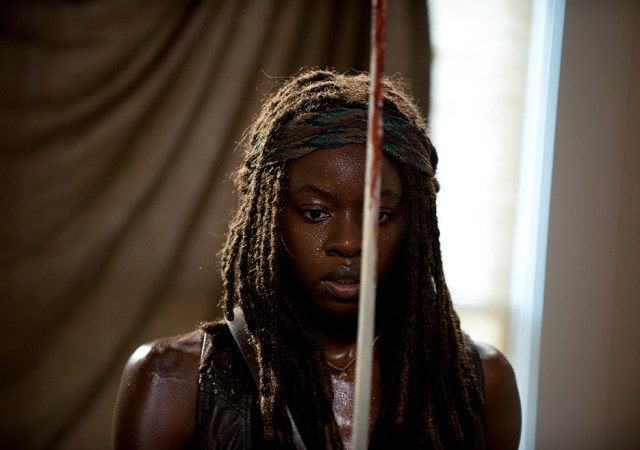 The wall is down and the Walkers are coming. Is this the end of Alexandria? Will Rick and the crew be forced to hoof it to another location again? Or will this resolve itself and be followed by five straight episodes of people talking to each other? We won’t get our answers for a few days, but in the meantime, AMC has released a one-minute clip from “Start To Finish,” the midseason finale episode.

This clip involves Glenn and Enid discussing how they’re going to get into the city when the place is surrounded. Enid elects to give up, but Glenn convinces her to try. What neither of them know is that the inside of the wall is the LAST place they want to be at this time.

The list of regular cast members has grown bloated…..brace yourself for some trimming, unless there’s a dumpster nearby to hide under. The midseason finale of The Walking Dead airs this Sunday at 9 on AMC.