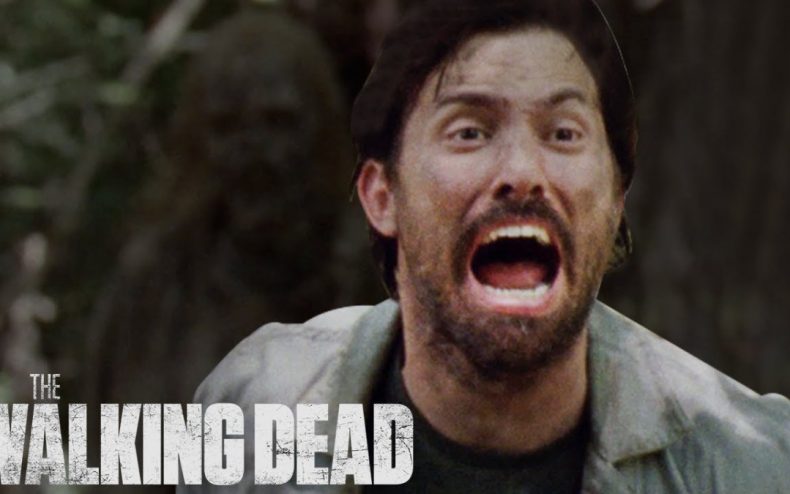 In the opening scene to this coming Sunday’s Walking Dead midseason finale, we see the moment where Alpha first plotted with her loyal minion to infiltrate the grounds. If you’ve seen the previous episode of The Walking Dead in its entirety, then you know the truth: Alexandria has a mole! If you didn’t see the last episode, well, NOW you know that.

This clip confirms Dante is indeed behind all the weirdness happening in the community lately, from the graffiti to the poisoned water. It also provides an explanation for why Lydia didn’t instantly recognize the dude, which was a subject of debate after last week’s episode.

if three and a half minutes wasn’t long enough to tide you over until the episode airs, here’s the next episode preview. (Nice swing, Judith.) As with the clip from last week, this video is ten minutes long because of how YouTube calculates revenue; the other scenes are flashbacks and you can skip them when the clip ends.

The Walking Dead midseason finale airs this coming Sunday at 9 on AMC.