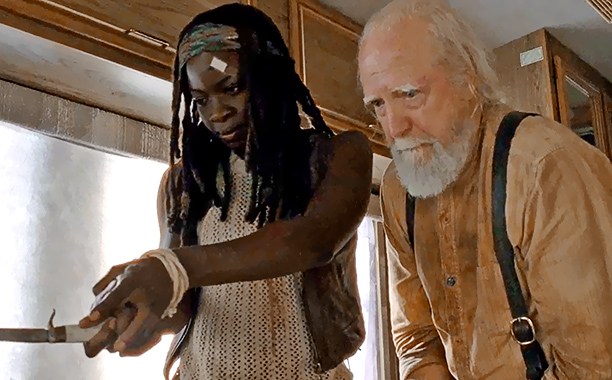 Considering that AMC wouldn’t air the f-word, even bleeped, as part of Rick’s season four-closing line, it’s not surprising they cut this scene from the season four episode “Too Far Gone” featuring Hershel, Michonne, Mitch and a surprise guest appearance I won’t spoil.

It does, after all, feature a graphic discussion of an unnatural sex act, and a lot of rapey undertones. Watch it to see why you shouldn’t mess with Michonne even if her hands are tied.

The deleted scene can be found on The Walking Dead Season Four Blu-Rays and DVDS, which will be out August 26.