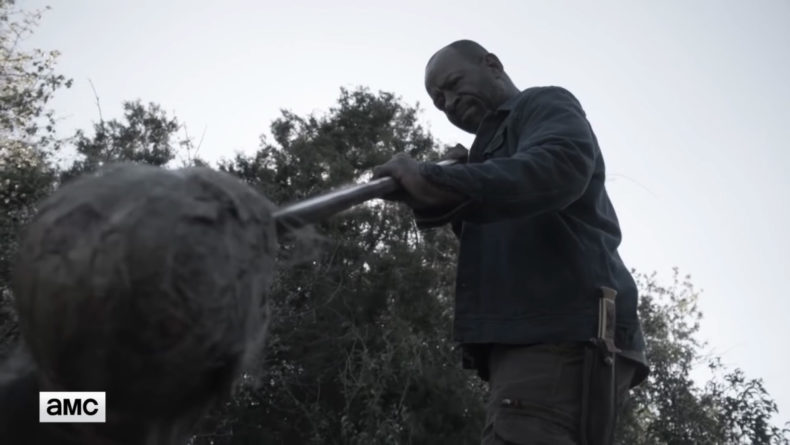 Fear The Walking Dead returns this weekend — what’s this we hear about a storm? More to the point, are the rumors true about a “Zombienado”? See for yourself….

This new clip released by AMC contains the first four minutes of FTWD’s midseason premiere, plus a logo-less version of the main title (in case you ever wanted to know what that looks like). No tornadoes are glimpsed in the brief cold open, but airborne zombies are confirmed, as they have been in other promos. From there, we cut to a shot that takes place either before or after, where Morgan is taking inventory while having a chat with Althea.

What he discusses is a subject to bring up after you’ve watched this video….

Is it true? Is The Morgan Show about to lose its Morgan? But he just got here! And everybody else is dead!

Just because he’s thinking about moving back to Rick’s place doesn’t mean he’s going to follow through all the way. But he might also be thinking “I got this show a Season 5, my job is done.”

We’ll see what happens when Fear The Walking Dead returns for its midseason premiere, this Sunday at 9 on AMC. All we know for sure is that you will believe a zombie can fly.