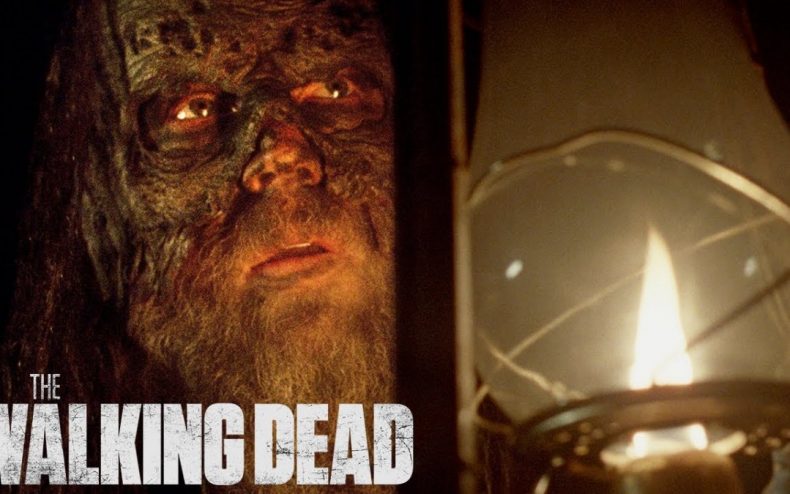 Did you catch the midseason premiere of The Walking Dead last week? Do you remember how Carol and Daryl escaped the cave and the Zombie Horde? Or was your mind so seared by the image of Naked Negan and Alpha’s bodies flattened against each other that all other memories of the episode are cloudy? If so, join the club.

The good news is, no ugly naked people will appear in the opening minute of the episode to come. The better news is that AMC seems to have given up stuffing these Next Episode Sneak Previews with unrelated clips in a shameless effort to get the minute count over 10 and milk more ad revenue. For now, anyway.

Here’s what we learned from this week’s preview: The Whisperers have a trailer. The trailer has a secret passageway. And….that’s all, folks. I’m going to presume the passageway leads down to where they’re storing their Zombie Horde, because what else could it be? Now that the Alexandrians know where this cave is, the Whisperers may need to come up with a new hiding spot for their fleshy arsenal.

The Walking Dead airs its next episode this coming Sunday at 9 on AMC.