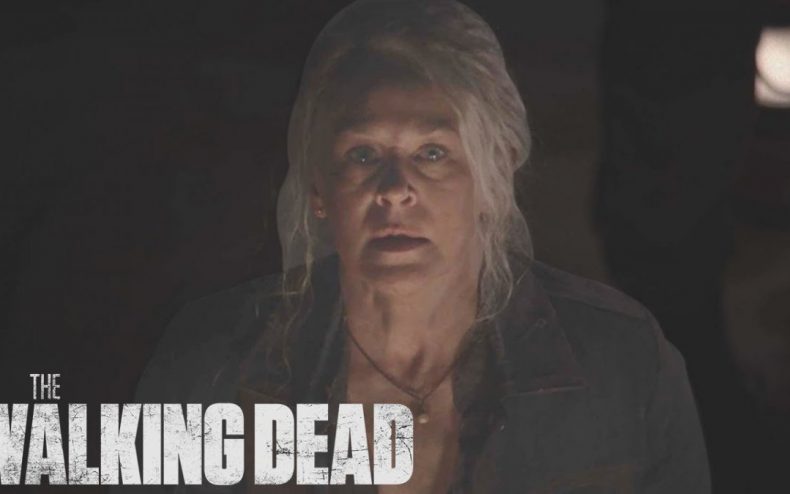 As we get closer to the return of The Walking Dead (T minus three days and counting), what are we in for? Would viewing the opening clip of Season 10, Episode 9 provide any solid hints?

The short answer is…not really. The opener to next Sunday’s episode is about a minute in length and merely serves to recap the situation Carol and Company are currently in (though we’re sure a recap sequence will be broadcast before this, making it redundant).

It’s actually hard to see much of anything in this sequence. There are a few faces, and the horde of Walkers is re-established as the current threat, but you won’t be seeing much else. The best we get a look at is Carol and Alpha, who have a little stare-off that culminates with Carol yelling in rage. Alpha tells her minions to make sure our heroes stay there until they’re dead. Fat chance!

Teasers that have been airing on AMC these past few weeks are a little more illuminating (pun not intended) in hinting what will happen, including the long-awaited battle between the Alexandrians and the Whisperers. That’s an event Carol won’t want to miss. No wonder she’s so mad.

The Walking Dead returns this Sunday at 9 on AMC.