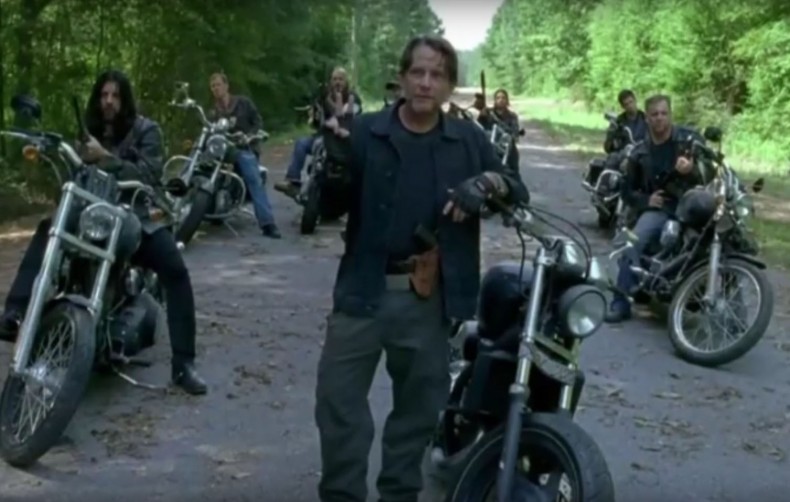 If you weren’t home for the broadcast of The Walking Dead’s midseason finale and set the DVR to capture it, you got a nasty surprise: AMC withheld the post-credits sequence from the episode so they could broadcast it during the first commercial break of their ninja show instead, in hopes they could cheat on the ratings.

Was the sequence important? Well……yeah. It was the confirmation of a popular character from the comics; though he didn’t show up, this is the first time he’s ever been mentioned on the show. It was also confirmation that the group who attacked Daryl, Abraham and Sasha a few episodes ago were part of the Saviors, not the Wolves (we previously said these were Wolves; we were misled).

Fortunately, we live in the Information Age and the epilogue is now available for viewing online:

I would trade every scene we got with Queen Deanna, bickering Alexandrians and Creepy Bowl Haircut Kid for just one more minute of this. Daryl and crew aren’t the type to drop their weapons when asked.