What Critics Think of Shadow Of The Tomb Raider 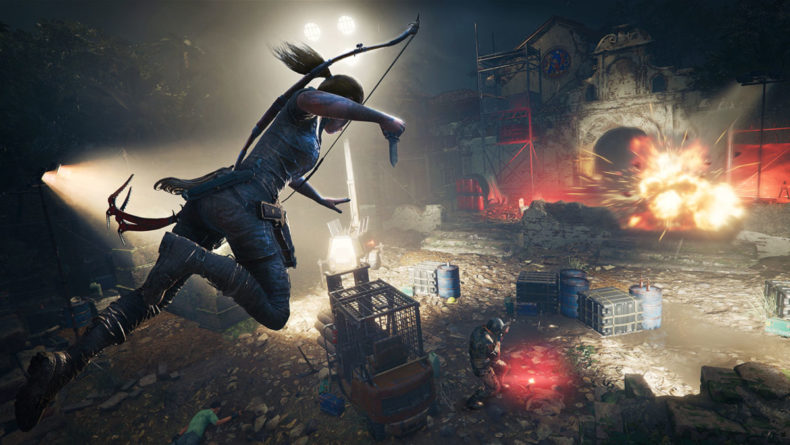 Shadow of the Tomb Raider is out tomorrow! What do the reviews say? Did Lara’s most expansive, most expensive trilogy to date wrap up with style, or with a splat? Good news: For the most part, critics loved it.

IGN’s Lucy O’Brien awarded the game a 9 and praised the puzzle areas specifically. “Shadow of the Tomb Raider’s impressive world features the best puzzles in the series. Its puzzle-based story missions, optional crypts, and nine challenge tombs are giant, intricate affairs where ideas are rarely reused, forcing you to figure out their rules afresh each time. Whether it be ‘light four mirrors’ or ‘climb this spindly tower of death’ or ‘explore a giant freighter’, each one has its own mechanics and personality and, most importantly, is genuinely tough.”

Kotaku’s Steven Totilo says Shadow of the Tomb Raider is “fun and beautiful and is a lengthy adventure full of enjoyable Tomb Raidery things. It’s built on the sturdy traditions of the 22-year-old franchise and uses most of the same smart systems for exploration and combat that were introduced in 2013’s Tomb Raider reboot and refined in 2015’s Rise of the Tomb Raider.”

If there’s anything the critics DON’T like about Shadow of the Tomb Raider, it’s the story. Crystal D has been pushing a more “realistic” Lara in this trilogy, and this time they may have arguably gone too far. Tomb Raider’s premise (that of raiding tombs) works better in an exaggerated fictional world.

The more you set Lara in the rules of reality, the worse of a human being she comes off as. Here she is almost a villain. Polygon’s Chris Plante cracked “In the game’s midsection, Croft takes such a drastic mental shift that I’m still wondering if, canonically, she died in the seconds before this emotional pivot, and that everything that follows is a revenge fantasy playing in her mind in the moment before her soul leaves her body.”

Edmond Tran of Gamespot was harshest, giving Shadow of the Tomb Raider a lowly 6 and saying “There’s seemingly very little, if anything, that’s changed dramatically or been discarded from the formula. But while that means Shadow retains a lot of the components that give Tomb Raider that fantastic, timeless sense of wonder and discovery, it also means that Tomb Raider’s interpretation of blockbuster action-adventure mechanics is starting to feel half a decade old.”

Shadow of the Tomb Raider comes out for Playstation 4, Xbox One and PC September 14.

Shadow Of The Tomb Raider Has Launched
Be the first to comment!
Leave a reply »