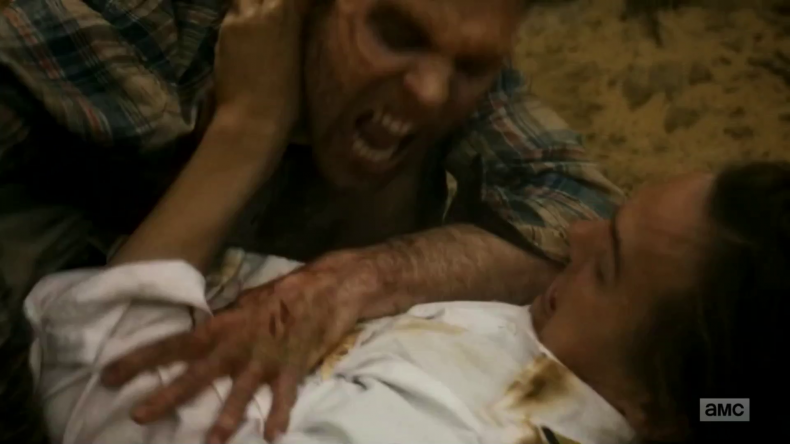 The BBC has egg on its face for accidentally running an intense promo for Fear The Walking Dead during a children’s program on Channel 4. The promo appeared twice during one Sunday afternoon and generated several complaint letters. Not in the Queen’s England! Off with their heads!

It’s worth noting, though, that the broadcast in question was a showing of the movie Rango, which is actually quite adult (though not profanely so). Point is it aired during the kiddie hour and that’s what counted.

The incident actually happened back in April, it just takes this long for Britain’s standards and procedures to generate enough movement to respond. The BBC offered a public apology today and said an ad watchdog group called Clearcast usually rates ads and determines when and where they should show up. The FTWD promo got through with no restriction, but a warning tag suggested the station should use caution with it. This tag was ignored.

Based on the figures, psychological damage had to be minimal: the Rango showing attracted 927,000 people, 150,000 of which fell between the ages of 4 and 9.

GTA Dramatization May Star Harry Potter
Be the first to comment!
Leave a reply »