Will The Survivors Eventually Run Out Of Ammo? 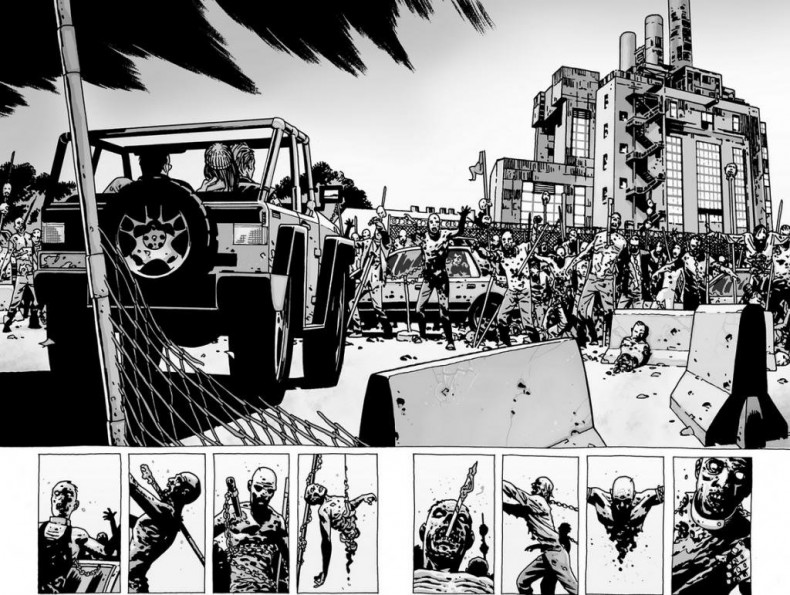 When Rick and the Happy Days Gang first ventured up to the Hilltop colony, they found its guardians comically wielding sticks against their giant fearsome AK-47s. But if they keep shooting, and there’s only a finite amount of ammo in the Georgia area, could the playing field be leveled soon?

It’s a question not many are asking, but John Sanders, property master and weapons expert for The Walking Dead, says that point in the story is inevitable. “As the story continues, we’re going to see a transfer to more melee weapons,” he told Tech Insider. “Bullets are a finite instrument … and we need to make sure that each character can only use use so many and that they’re thinking about it.”

Sanders says Rick’s team will probably realize the scarcity of bullets well before they use them all up. “Bullets [will] start to become really valuable,” he projected. “And you certainly wouldn’t just spray bullets at something if you’re not hitting something. So, I expect we’ll probably move more and more away from the machine guns.”

Don’t count on that moment to happen in this season, though. They’re currently flush with ammo and there’s a fearsome army that needs to be thinned out. But eventually, Sanders says you’ll be seeing more creative ways of dealing with Walkers and other threats, such as the various traps we saw Morgan lay out in Season 3’s episode “Clear.”

Walking Dead Earning Less Than Expected For AMC
Be the first to comment!
Leave a reply »