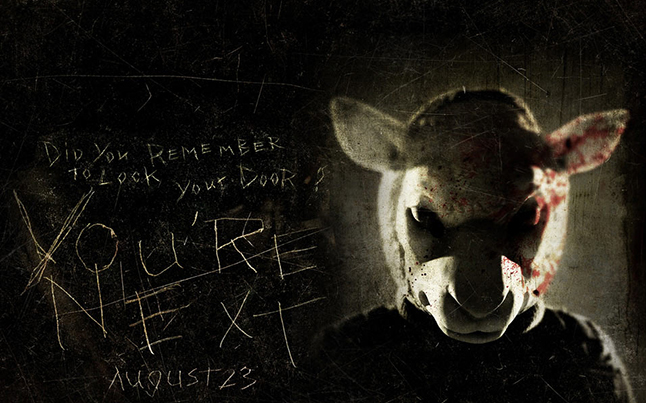 There is a new home invasion horror movie coming your way that opens on August 23rd, You’re Next. This terrifying movie is about a gang of masked murderers who are bent upon causing carnage at a family reunion.

The film was originally shown at the 2011 Toronto International Film Festival, and since that and a few other film festivals, it has made its way to the big screen.

The terrifying murders that are set on killing everyone are masked as animals, and the animals are hunting. The animals that they are masked as are the sheep, the tiger, and the lamb, which make it a little creepy.

The movie stars Shami Vinson and AJ Bowen and is only a few weeks away from opening. If you are looking for more about the movie, be sure to check out their page. Also, if you have yet to check out the trailer, you can scope it out below.

A big fan of The Walking Dead television series. In my spare time I enjoy blogging and simply hanging out. Oh and lets not forget, Go NY Giants!
You might also like
horrorlionsgateExtras