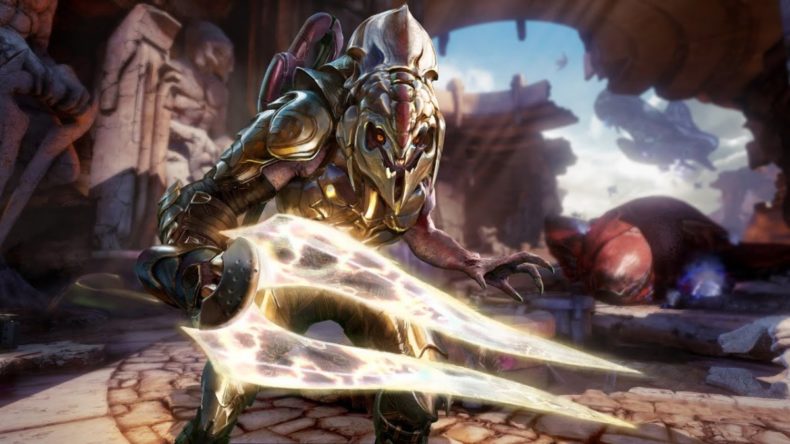 Back when Kim Wu was revealed as the latest combatant in season 3 of Microsoft’s Killer Instinct, it was hinted at the end of her video that The Arbiter from Halo might be coming next. It was a blatant hint and hardly a mystery, but today Microsoft confirmed it: The Arbiter will indeed be playable in the game soon. His trailer says so:

The one thing the trailer DOESN’T have, and fans have noticed the absence of, is the authoritative voice of Keith David. What is the meaning of this? If a season of Community that debuted on the Yahoo website can afford David, why can’t Microsoft?
Here’s their excuse for the absence, according to Frank O’Connor, franchise development director for Halo, the Arbiter that appears in Killer Instinct is “an amalgam of historical arbiters.” Ah, um, okay.
Look for The Arbiter when season 3 of Killer Instinct begins this March on XBox One.

XBox One BC List Updates With Halo Wars And More
Be the first to comment!
Leave a reply »