Z Nation Season One Coming to Netflix in January 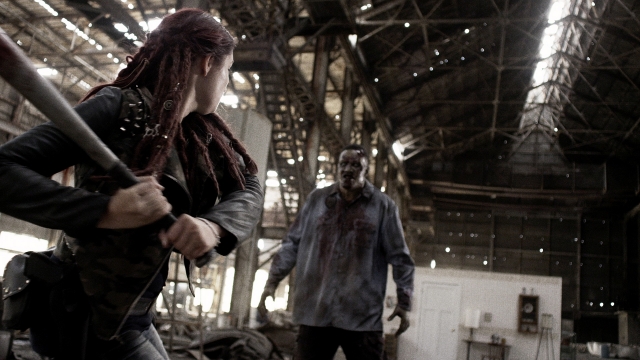 The Walking Dead is a funny thing. It’s so popular that it has fans that aren’t fans of the wider zombie or horror genres. And that’s okay. We’ve got better and more in-depth discussion on just that topic here at our forums than you’ll find anywhere else.

But since The Walking Dead is in the horror and zombie genre, most of its fans have at least a passing interest in those as well. That’s why we have subsections to talk about horror and zombie movies, TV shows, books and more. Check them out here.

And one of the shows that’s had us talking has been the low-budget, schlocky, but sometimes still oddly effective, humorous and moving Z Nation. This Syfy show recently finished its first season and on Jan. 9, you can watch the whole thing on Netflix.

Z Nation is not for everyone. You have to be able to tolerate some over-the-top gore and some intentionally absurd shock moments. Zombie baby, zombie bear, zombie-nado, they all await you in the first season. The special effects are low-budget and the acting runs hot and cold, with some decent professional actors sometimes upstaged by scenery chewing extras.

But, if you’re a fan of horror and zombie movies, you’ve probably built up a tolerance or even a fondness for those things already, and you might find you like Z Nation if you get past its cheesy exterior to its also cheesy core. It’s Netflix, what have you got to lose?

If not, the Walking Dead returns Feb. 8.

Z Nation Now On Netflix
Be the first to comment!
Leave a reply »