Zombie Baby Showing Up in Season 4 of The Walking Dead? 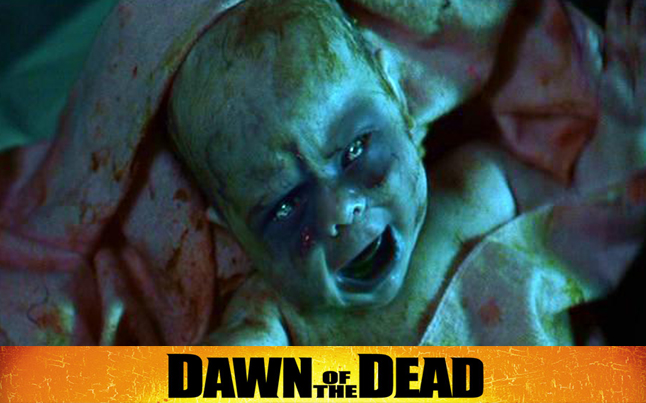 There just might be a zombie baby showing up in season 4 of The Walking Dead, and this would be something unlike anything else we have yet to see in the AMC television series.

Now the only infant that we know of so far is Rick’s ( or is it Shane’s???) baby Judith, however the zombie baby is supposedly going  to be shown in the premiere…so we can almost count out baby Judith.

Then again, you never know what the writers are up to. This so called zombie baby could in fact actually mean something later on down the road in season 4, but this is just mere speculation.

Either way, at this point everything is more or less a guess since nothing is really confirmed. We will just have to wait and see what they have up their sleeve when season 4 of The Walking Dead begins October 13th.

If by chance, you never actually caught the zombie baby from the Dawn of the Dead, check it out below as there is a small clip.

Zombie Baby – Dawn of the Dead

A big fan of The Walking Dead television series. In my spare time I enjoy blogging and simply hanging out. Oh and lets not forget, Go NY Giants!
You might also like
AMCjudithTV Series