Zombies Are Coming To Metal Gear; Kojima Is Not Pleased 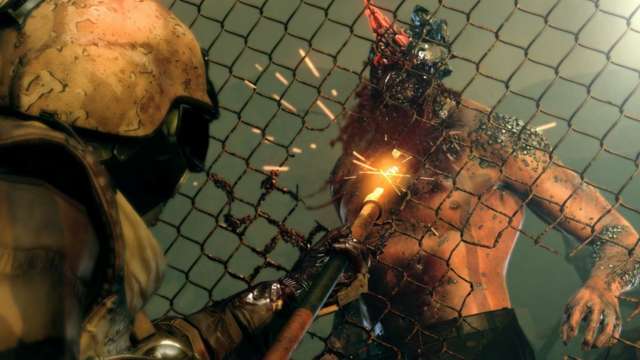 Those who have been following the fallout between legendary game developer Hideo Kojima and the company he used to work for, Konami, know how one-sided the whole conflict is. Konami fired the man, cancelled his promising Silent Hill project, removed the ability to play the already-out demo for said project, refocused all their efforts on Japanese pachinko machines, and then forbade Kojima from attending a game awards ceremony in the States — an act the host called them out for on live TV.

Then Konami announced a new Metal Gear like nothing had just happened.

It’s called Metal Gear Survive, and we don’t know much about it other than it’s taking several cookie-cutter elements from popular shooters and putting them under the MG banner. Today they announced there would be zombies.

Zombie-shooting modes have been added to more and more franchises lately (if you can believe it, there’s one being added to Rise of the Tomb Raider, though it’s a dream sequence). When Kojima was told about the new enemy during Tokyo Game Show 2016, he wasn’t happy.

Kojima was asked where the zombies came from, and if they began with any of his ideas. “That’s nothing to do with me!” he exclaimed. “The Metal Gear games are about political fiction and espionage. Where do zombies fit in with that?”

Kojima is currently working on a mysterious game for Sony called Death Stranding, along with his longtime character designer Yoji Shinkawa. Shinkawa joked at TGS about the zombies in Metal Gear: “If I had worked on that game, it would have mechs in it.”

Norman Reedus is Surprise Star of New Silent Hill Game
Be the first to comment!
Leave a reply »