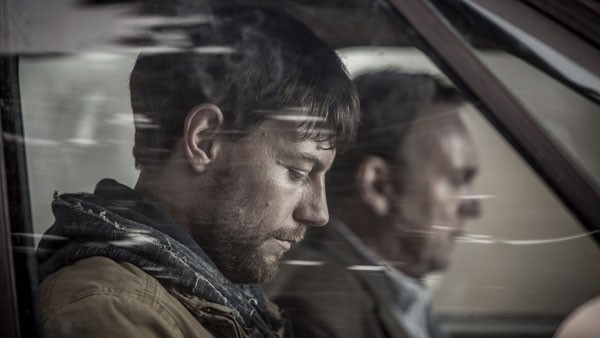 Robert Kirkman has written more than just The Walking Dead, and now that one of his creations is a bonafide phenomenon, people with money are hungry to adapt anything else he’s made. In the spirit of that motivation, here is the NYCC trailer for Outcast, the new series from Cinemax that’s adapting Kirkman’s OTHER comic series. Both have to do with subjects of horror. The Walking Dead uses zombies; Outcast uses demons.

Patrick Fugit stars as a man who’s had to deal with demonic possession his entire life, and is rather sick of supernatural monsters using his body to do their crap in. He teams up with a Hispanic brain surgeon — just kidding, it’s a hard-drinking Catholic priest, we’re not avoiding that cliche this time — and goes on a road trip in search of answers.

Though TWD has its unnerving moments, this show looks like the creepiest thing Kirkman’s ever done. And if you still don’t agree, you will after THIS:

First Images And Poster For TV Adaption Of Robert Kirkman’s “Outcast”
Be the first to comment!
Leave a reply »