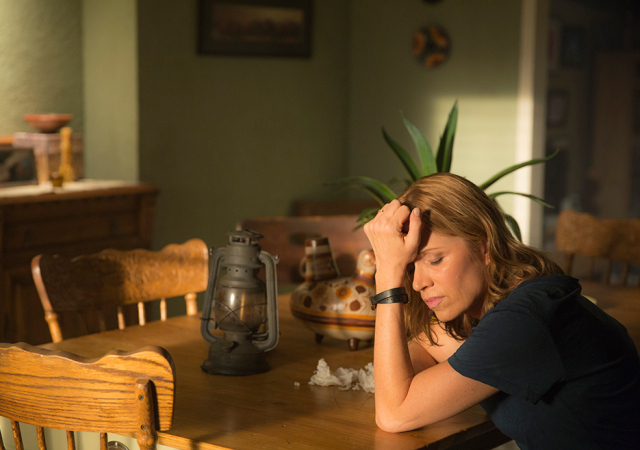 Little known fact: at one point “Fear The Walking Dead” was going to be called “The Walking Dead: Cobalt.” We still don’t know who or what Cobalt is but we may find out soon, as the word was used for the title of this episode instead.

It appears some of the guardsmen are having second thoughts about keeping the civilians completely in the dark (and imprisoned like hamsters). One of the more soft-hearted soldiers decides to offer a civvie a little comfort. He may pay for it though — and the video cuts off before we can find out how.

AMC has also put the next-episode preview online, which was shown during the credits last week. Here’s what’ll be happening next episode, if you care to spoil yourself a little bit….

You can find out what this Cobalt thing is next Sunday at 9 Eastern, only on AMC.