Sneak Peek Of Next Fear The Walking Dead Episode: “Not Fade Away” 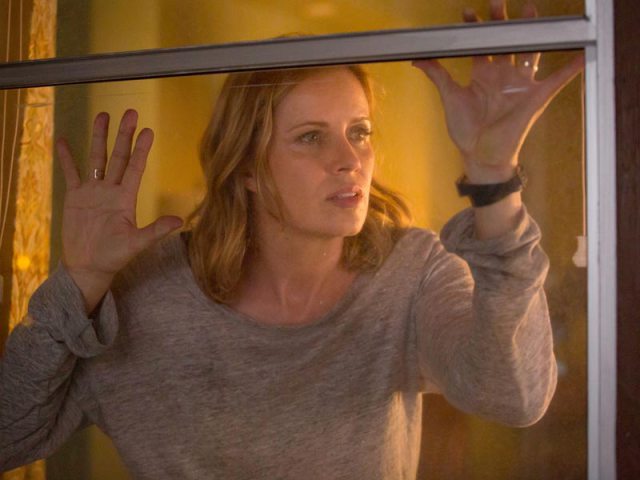 Details will be gone into when the recap goes up, but last night’s Fear The Walking Dead episode ended with the National Guard bursting into the family’s neighborhood and occupying their home as part of a massive effort to restore order in LA.

“Fear the Walking Dead” Episode 1.04 – “Not Fade Away” (airs 9/20/15)
Madison (Kim Dickens) and Travis (Cliff Curtis) see different sides of the National Guard’s occupation in their neighborhood; the family tries to adapt to the new world.

As per the norm, AMC has provided fans with a sneak peek clip. Madison is sneaking around the street, for currently unclear reasons. One thing, however, IS made clear: it stinks out there. As she’s doing her best not to barf, the Guard comes marching from up the street, and she hides next to a dead busy under a car. We’ll just have to guess why she’s hiding — she wasn’t in any trouble with them the last time we saw her.

Not enough? Here’s the promo trailer that premiered during the credits last night….

Three down, three to go. The next episode of Fear The Walking Dead shows up next Sunday at 9 Eastern on AMC.