Watch A Clip From Fear The Walking Dead Episode 3 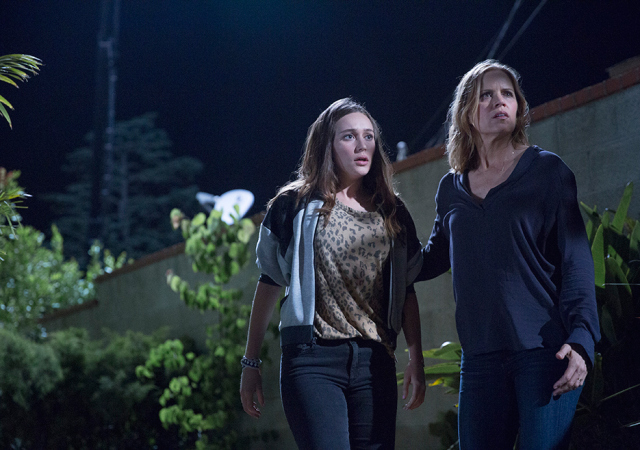 The third episode of Fear The Walking Dead (which, the materials reveal, will be called “The Dog”) won’t be airing next week. It’ll appear the following week instead, but you can watch a sneak peek clip from the episode now.

Travis, his ex and his son seem to have escaped the barbershop where we last saw them pinned in, due to the rioting. Because they’re good people they’re carting the family that sheltered them back home, but it involves driving through a lot of chaos, mostly in slow motion.

“The Dog” is let out September 13th only on AMC.