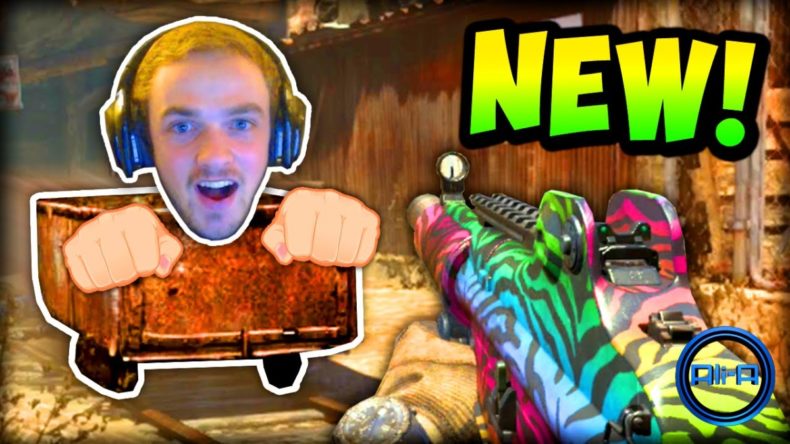 Call of Duty: Ghosts Nemesis will be available for your Xbox One or Xbox 360 today.
This last of four planned expansion packs brings with it four new maps, Showtime, Goldrush, Subzero, and Dynasty, and Exodus, the final chapter in the anti-alien Extinction storyline. It’ll cost you $14.99, or you can buy it and the other three DLCs as part of a $49.99 season pass. A PS3 and PS4 version of Nemesis should be coming in about a month.
Check out the video above, which shows off some of the gameplay from the Goldrush map. It includes exactly what I wanted to see, a noob ran down by one of the map’s lethal minecarts.
In preparation for the DLC, Infinity Ward has pushed out an update that makes some changes to balance the game and squash bugs. Most significant are some changes to killstreak balance, just in time for the Showtime map, which is set up like a lethal gameshow and focuses heavily on killstreaks.
Here are the full patch notes:
Killstreak Balance
Vulture now lives for 90 seconds (in line with sentry gun).
Juggernaut buffs.
Assault movement spead increased 15%
Support movement speed increased 5%
Assault/Support Juggernaut now have focus perk
Loki buffs.
Large rod can now be fired every 4 seconds instead of 7
Rod fires at 1.5 seconds instead of 2 seconds after trigger pull
Small rods now fire at 0.3 seconds instead of 0.5 seconds after trigger pull
eSports
Fixed SND plant/defuse issue that could occur in System Link.
Added ability to name teams when using broadcaster mode.
Added team name to playercard when in spectator mode.
When eSports rules are enabled for SND on Strikezone, the non-destroyed version of the map is now always used.
Removed d-pad helper icon when in first/third person spectator mode.
Anti-Cheat
Overall anti-cheat improvements.
Additional Fixes
Fix for SND round not ending when an entire team has been killed.
Fix for rare loss of rank issue that could occur when swapping between 360/X1.
Fixed issue where player could trigger a 10 second cap instead of 5 after stepping off and on a neutral flag.
Fixed issue that allowed players to see enemy positions in the options menu minimap during the killcam.
Improved patch unlock requirements UI:
Added patch, quip, and unlock requirements.
Fixed persistent “NEW” icon that would occur with extra loadouts.
Updated safeguard to send out a standard notification of a kill.
Fixed rare end of match crash.
Hunted Victor Operation fix: works better with gun game, previous fix only allowed top player to get credit, now we allow top 3 (consistent with FFA).
Hijacker Operation fix: operation would get stuck at tier 2, it now rolls properly back to 0/10 tier 2 for players.
Fixed an issue where bots in reinforce would not leave a flag after capturing.
New Features
Added reset stats option for max prestige players.
Added new menu music for Extinction and MP.
Updated the hitmarker color to orange when it’s the killing hit.
Added leaderboards for Drop Zone and Reinforce.
Enemy Oracle pings now show an orange Oracle symbol on the player hud, indicating they are outlined.
Extinction
Tooth bonus pool now offers one bonus tooth per day.
Engineers can now fire their pistol while repairing the drill.
Engineers no longer take damage from traps.
Balancing updates for the Death Machine.
Feral Vision no longer displays the colored overlay.
Deployed launcher ammo refills now receive more ammo.
Players running the Pistols Only relic are now excluded from the “Purchase a new weapon” challenge.
Fixed issue where background award did not unlock after level completion with a Relic.
Improvements to the Vanguard logic in Awakening.
Updated door logic for Ark interior sequence in Awakening.
Fixed the gas exploit on Mayday.
Fixed the Drill exploit on Mayday.
Fixed issue in Chaos mode where players would T-pose.
Fixed issue with Seeders being included in Seeker challenges.
Balancing updates for all maps.
Xbox One Specific Update
In addition to the Title Update.
Fix for rare crash that could occur on Tremor with specific character models.
Added a segregated matchmaking warning message for low rep players.
Fixed issue that could display incorrect Rich Presence in local play.
[Source: Call of Duty Official Site]