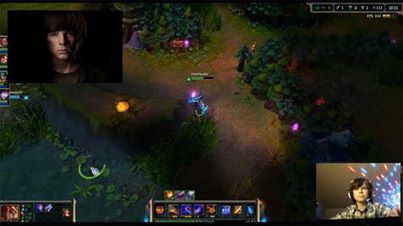 You’d think after constantly being menaced by them as Carl Grimes, Chandler Riggs would want a break from zombies. But, nope, he and his buddies fire up some DayZ when they get the chance, and Chandler has been posting videos of their games on his ChairHandler YouTube channel.

For Chandler’s fans, the videos are a lighthearted relief from all of the misery they’ve seen his character suffer on The Walking Dead. They’re also pretty funny. At one point Chandler has a hard time dispatching a zombie by trying to hit it with a fire extinguisher.

“It’s a zombie. And Chandler’s bad at killing zombies,” one of his friends says.