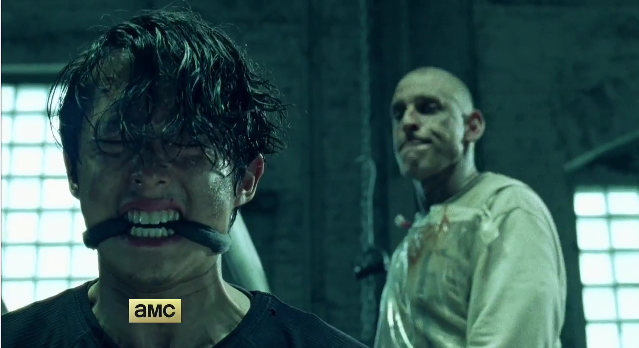 After teasing us mercilessly for a while with short teaser trailers, AMC has finally released another meaty preview of The Walking Dead season five.

Let’s get to the most shocking part of the clip first. Yes, this trailer clearly shows that is a baseball bat behind Glenn in one scene, and it looks like he’s about to be brained with it. It had kind of looked like it in earlier trailers, but there’s no ambiguity here.

It’s probably just a fakeout, in fact there’s a quick scene of Glenn alive and well at a later point in the trailer, but it’s significant imagery for comic book fans.

The rest of the trailer is a mix of stuff we’ve seen before and new stuff. We see Rick at his most murderous and bloody, specifically saying “they don’t get to live” about some group. Is it Terminus? Rick also shares some daddy time with Carl, giving him the comforting line “No matter what anyone says, no matter what you thank, you are not safe.”