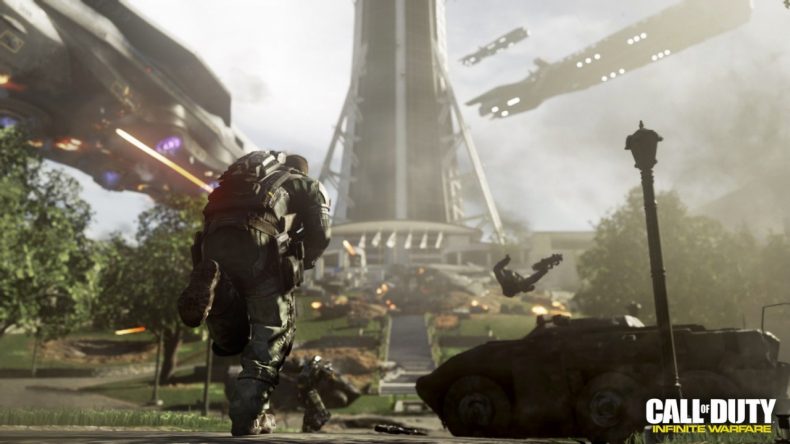 The recent Call of Duty games have been focusing more on gameplay than story in some ways, and this has been noted by both critics and gamers. However, with Infinite Warfare, the focus is going back to story as well as maintaining the gameplay long-time players will recognize. And apparently, it will feel like a movie:

“We looked at Black Hawk Down,” Infinity Ward’s Jacob Minkhoff, who is the Design Director, said at E3. “The theme of Black Hawk Down is no soldier left behind. You fight for the guy next to you. It’s about brotherhood before all else. And then we looked at Saving Private Ryan, and that’s a very, very, very different type of story. Saving Private Ryan is about how Captain Miller, who is a leader — he’s leading a squad of men — he realizes that it’s not about getting home, it’s not about protecting his men, it’s about accomplishing the mission no matter what.”

“How somebody goes from the simple creed of ‘no soldier left behind’ to the more complex duty of ‘the mission comes first,’ what it means to shoulder the responsibility, to know that sometimes, the mission comes before all else.”