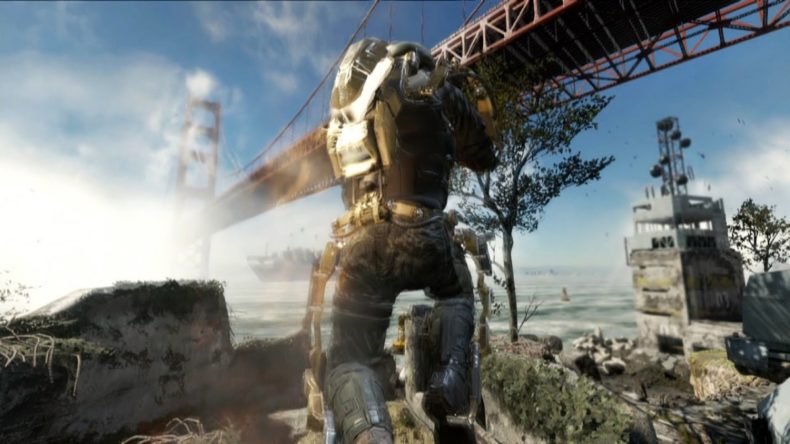 Activision and Sledgehammer Games have released a new trailer that provides a seven minute “deep dive” into Call of Duty: Advanced Warfare’s multiplayer modes.
The trailer covers: how the exo-suit changes the game with its movement abilities like boosting and the host of gadgets, weaponry, and perks centered around it; how the game features “the greatest amount of customization in franchise history” including customizing loadout, perks, and even scorestreaks, a new character customization system called “create an operator” and rare loot drops; the way maps customized for the vertical movement allowed by the exo-suit and a look at some of the maps; a look at some of the more than 12 modes that will be available when the game launches.
Call of Duty: Advanced Warfare is out Nov. 4 for PS3, PS4, Xbox 360, Xbox One and Windows PC.