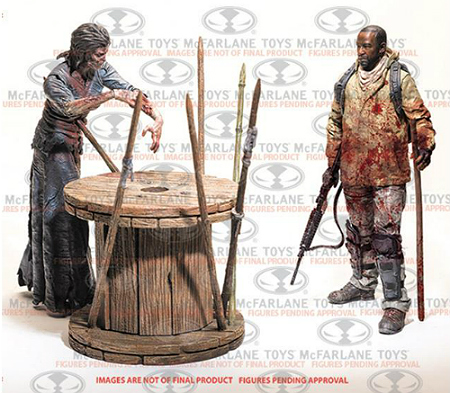 The current season may be over but that does not mean the fun is – because a new action figure has emerged for “The Walking Dead” television series. Specifically, Morgan Jones and one of his zombie traps from Season Three. From McFarlane Toys, the set comes with an action figure Morgan, his trap and a female walker to impale on said trap.

The Morgan action figure/zombie trap set is currently available for between $30-$35.

• Removable female Walker figure can be impaled onto spikes

Limited Edition Of Walking Dead Season 5 Blu-Ray Announced
Be the first to comment!
Leave a reply »