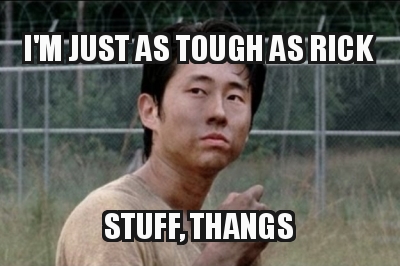 E3 has brought some spiffy new glimpses of Microsoft’s Halo 5: Guardians, but it’s also brought the revelation that the new game will offer microtransactions, in the form of REQ Points bundles. REQ Points are an in-game currency that is normally earned through victories in multiplayer matches. They buy weapons, skins, armor and everything else you’re looking for in the game. You’ll also get some REQ Points for free when you level up, but developer 343 Industries is offering the option to buy them as well, with real money.
This conjures up nightmare visions of more affluent players cheating the system by buying up the most powerful gear instantly, then mowing down peasant players with one hand while holding a brandy glass in the other and laughing snootily. As some have pointed out, you play games to escape the unfairness of real life, not have it shoved in your face there too.
Naturally it didn’t take long for outrage to boil in the Halo fan community. Development chief Josh Holmes tried to explain it’s not as bad as it looks. He says purchased REQ Points are only good for items used in Arena mode — in the Warzone mode, a “balancing system” will be put into place to prevent Halo 5 from turning into a pay-to-win experience. Plus, those microtransactions will wind up paying for free DLC maps for everyone, as well as real cash rewards that will be offered in the Halo Championship Series. When you look at it that way, the whales are paying for stuff that you’ll now get for free. Suckers!
Halo 5: Guardians will be released October 27, 2015 for XBox One and PC.