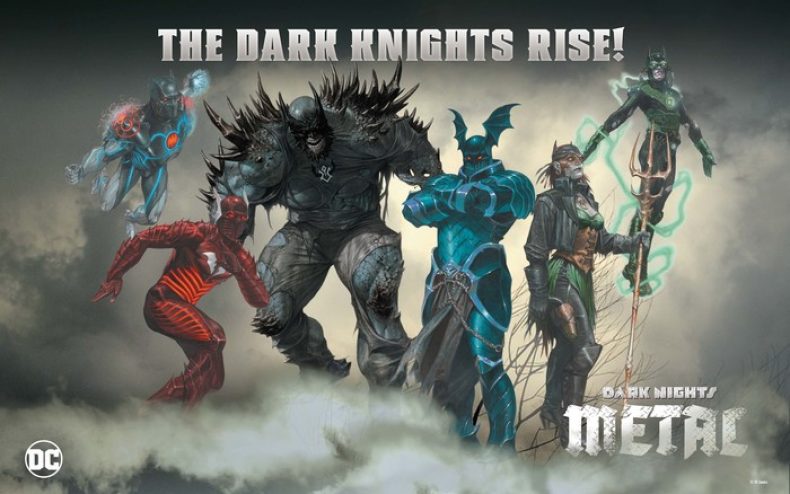 What’s coming out for DC Universe Online? Any comic arcs being tied in?

DC Universe Online has launched Metal Part 1, a new episode tying into the recent comic arc Dark Knights Metal. And now, the team is getting ready to launch Part II later this year.

In Metal Part II, the saga of the Dark Knights, the Dark Multiverse, and Metal will come to an explosive conclusion. The Bat-God Barbatos has waited since the dawn of the universe for this moment, and it seems nothing can stand in his way.

“WHEN WE WERE JUST STARTING ON THE IDEA TO BRING METAL TO THE GAME, WE KNEW THE SIZE AND COMPLEXITY OF THE CAST AND STORY WOULD BE CHALLENGING. WE STARTED TESTING THE WATERS WITH LOOKS FROM THE COMICS – THE RED DEATH AND THE DROWNED – RELEASING THOSE STYLES. THE REACTION WAS SO OVERWHELMING WE KNEW WE HAD TO FIGURE OUT HOW TO BRING THE STORY INTO AN EPISODE. THE WAY WE FIGURED IT OUT? NOT ONE EPISODE, BUT TWO! DOING THE STORY RIGHT MEANT TAKING THE TIME, AND THE TEAM REALLY STEPPED UP AND MADE IT THEIR OWN. WE KNEW WE WERE ONTO SOMETHING GOOD!” – LEAH BOWERS, DC UNIVERSE ONLINE EXECUTIVE PRODUCER

Metal Part II will be a large-scale episode, with level-agnostic event versions of content available to all players for a limited time.
The episode will feature new and returning heroes and villains, including the Bat-God Barbatos.
The storyline will include singleplayer and multiplayer adventures set in locales too terrifying to be revealed now (spoilers).
The episode will launch new player rewards, including new gear, styles, artifacts, base items, and feats.

DC Universe Online Officially Comes To Switch
Be the first to comment!
Leave a reply »