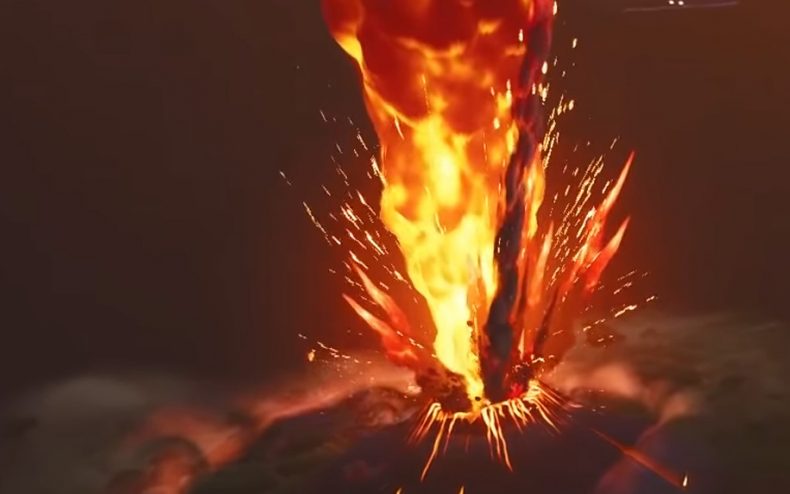 The good news is, Tilted Towers’ loss is your gain. The same event that birthed the volcano also unlocked the giant door over Loot Lake. Said door has been sealed with runes these past few weeks, but last weekend all the locks were finally broken and a countdown clock projected itself over the area. Once it reached zero, the door opened, and anyone who went inside found themselves in a wide area unlike any previously seen in the game.

This wasn’t just any ordinary secret area….it was the Vault of legend that Epic has often spoken of when they mention a weapon or pickup has been retired, or “Vaulted.” Several lost items were found frozen in pillars and up for grabs: the Tommy Gun, the Infinity Blade, the Grappler, the tactical SMG, and bounce pads. When the pillars were attacked en masse, they eventually broke and released the item back into Fortnite.

We don’t have Tilted Towers anymore, but we have the Tommy Gun back. You decide if it’s a fair trade.

Some players did not get to witness this event due to a glitch; if you happen to be among those unlucky few, Polygon captured the whole thing.