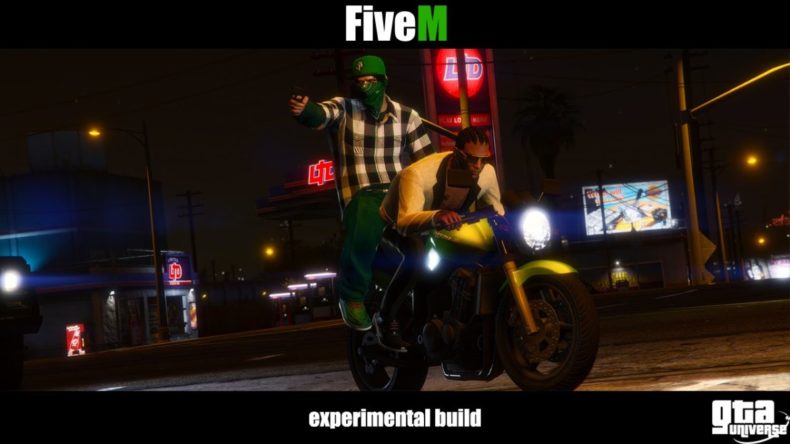 A group of modders were dissatisfied with the online experience of GTA V, so they took matters into their own hands and created FiveM, “a planned multiplayer modification for Grand Theft Auto V which, much in the lines of popular modifications in the past, offers an advanced multiplayer environment for people to play on dedicated servers with user-made game modes.” Shortly after announcing FiveM to the world, these modders woke up one morning and found themselves banned from GTA V.
It’s been a subject of debate in the mod community as to Rockstar’s exact stance on mods. Some claim the company specifically targets some mods not to work with their update patches, while others point out they don’t exactly test mods for compatibility when they make those patches. Rockstar previously released a statement saying single-player mods were just fine with them.
So what is the issue? It’s this: FiveM isn’t a single-player mod. It’s designed specifically to work with GTA Online. Even though its creators promised it would only run on dedicated servers, there’s still the potential for abuse and cheating if someone changes that. It cuts close enough to modding GTA Online that Rockstar had to take action.
Speaking on Reddit, one of the modders commented bitterly, “The good news is that Rockstar doesn’t seem to be banning people for just using single player mods. The bad news is that Rockstar is trying to stifle the modding community.”

Rockstar Reveals Its 2016 Plans For GTA Online
Be the first to comment!
Leave a reply »