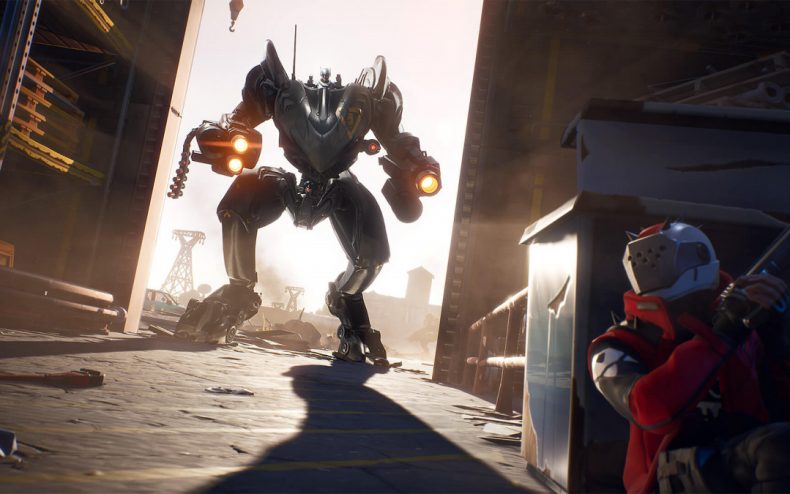 Fortnite Season 10 landed today with a bang — the bang of giant mechs called BRUTES hitting the ground! Does the latest crazy new idea from Epic throw the balance off Fortnite, or are BRUTEs just what the game needed to stay fresh?

BRUTEs appear at random on the map, and you can spot them in the distance through the smoke clouds they make. A BRUTE takes two players to control — one to move it, one to fire weaponry. And what weapons it has — the BRUTE can fire a missile launcher and hit up to ten targets at once, plus a shotgun that shoots for 50 damage. When all else fails it can simply stomp on you.

Of course, BRUTEs make easy targets for those bitter about just missing them. Defensively, BRUTEs can use 200 materials to overcharge their shields. When the BRUTE is cornered, it has one final move — a self-destruct button. All in all, they’re commanding the lion’s share of attention in Fortnite matches since they were introduced.

Plenty more was added in Fortnite Season 10, or in some cases taken away. Some things taken away were added back. Epic’s full patch notes lie below the trailer video.

Fortnite BRUTEs DeBRUTalized Further
Be the first to comment!
Leave a reply »