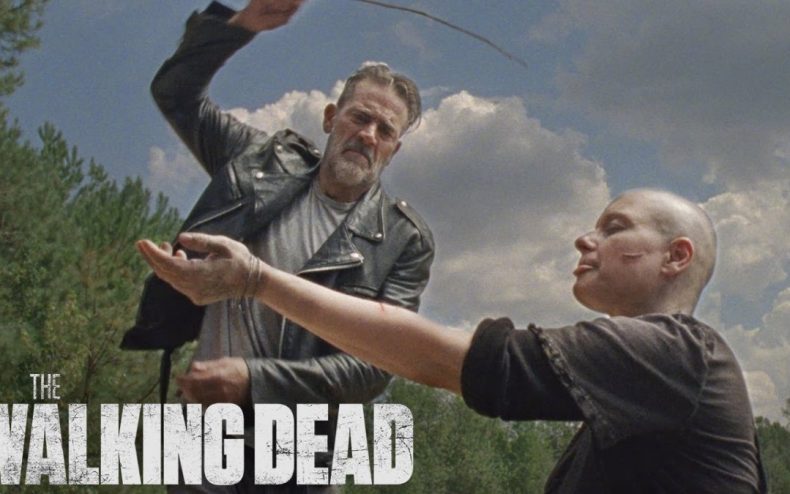 Now that the conflict seems to be heating up, where is it heading? How soon could the residents of Alexandria and the Hilltop face war? And how much wood could a Whisperer chuck if a Whisperer could chuck wood?

The opening minutes of The Walking Dead Season 10, Episode 11 reveals the answers, but only to one of those questions. We paused and counted eleven trees chucked. When they get chucking, they get going.

Oh yeah, and Negan and Alpha are a thing now, to the dread of a lot of folks. Hopefully we won’t have to see them nude again. What they’re engaged in, though, could be interpreted as pretty rough foreplay. After this, all the Whisperers assemble in the woods for a conference, and quickly and collectively decide on a plan.

Here’s more Negan and Alpha…..it’s the Sneak Peek from last week’s Talking Dead. Not as many people might have seen it since it was separated from the new episode by a lengthy “Dispatches From Elsewhere” episode, but here it is on the Internet for your convenience. The clip is about forty seconds long.

The Walking Dead’s next new episode airs Sunday at 9 on AMC.

Six Million Games Played in Destiny Alpha
Be the first to comment!
Leave a reply »