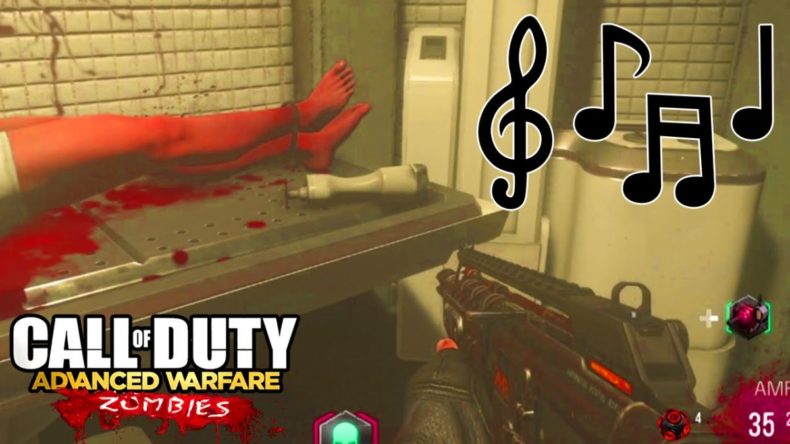 Through a series of bizarre steps, you can class up Call of Duty: Advanced Warfare’s new Exo Zombies mode with a classical music masterpiece.
Touch the specific things (a wrench, a bone saw and a saw) in the first Exo Zombies map as shown in the above video and and you’ll be playing to Richard Wagner’s “Ride of the Valkyries,” which will let you imagine you’re in a concert hall. Or in Francis Ford Coppola’s Apocalypse Now.
The Exo Zombies mode is part of the Havoc DLC pack, which includes: Exo Zombies mode starring John Malkovich, Bill Paxton, Rose McGowan and John Bernthal; the AE4-Widowmaker Directed Energy Assault Rifle; and the new maps Sideshow, Core, Drift and Urban to the game. It’s available now Xbox 360 and Xbox One. Expect to wait a while for it on other platforms.
It’s the the first of four planned DLC packs for Advanced Warfare. You can either buy Havoc individually or get it and the other three packs in the Advanced Warfare season pass. The season pass will set you back $50, but that’s a saving of $10 over the individual price of the packs, which is $15.