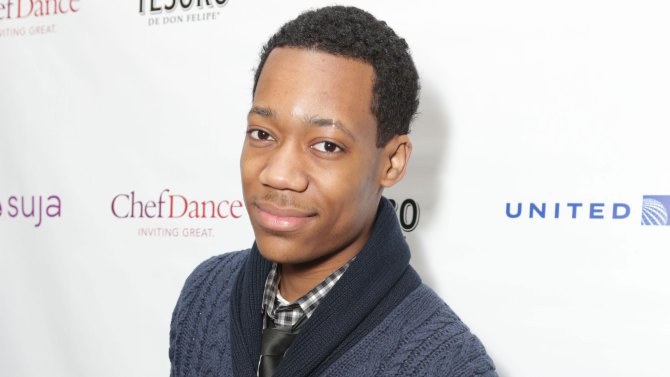 Hey, maybe don’t get too cozy with Noah, the character Tyler James Williams plays on The Walking Dead.

Although Noah still has a role to play in the back half of season five, Williams has booked a part co-starring with Gary Sinise on a new pilot for a spinoff of Criminal Minds.

The spinoff will air as a “backdoor pilot” on the main Criminal Minds series in February, introducing Criminal Minds fans to its characters. It focuses on an FBI division that helps Americans who get into trouble abroad.

According to a description in Deadline, it sounds like Williams will be the new show’s Garcia.

He plays “the sweet and incredibly smart Monty. As the team’s tech analyst, Monty stays at home while the team works abroad. His attention to detail and kind manner are invaluable as he liaises with the families of those in trouble and uses his tech savvy to help the team fill in the holes as they search for a killer far from home.”

The Walking Dead Adds Tyler James Williams as Noah
Be the first to comment!
Leave a reply »