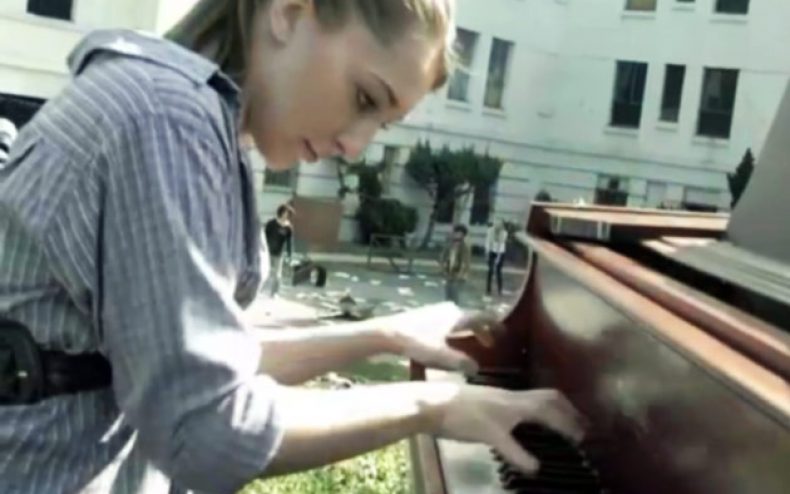 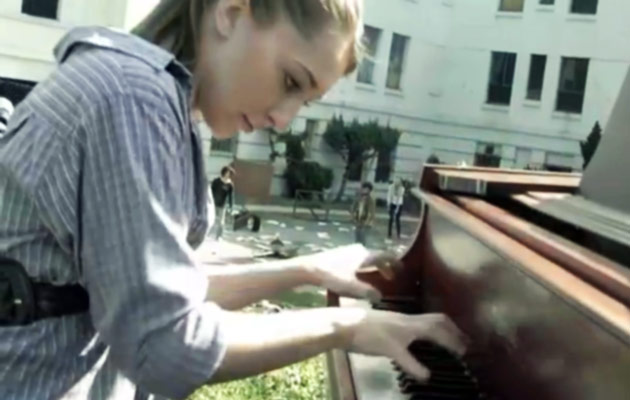 Pianist Sonya Belousova plays a strong rendition of The Walking Dead theme in a very well-produced video that’s making its rounds on YouTube and was also posted earlier today on Mashable. In the video, Sonya reenacts the scene in which Rick Grimes awakens in the hospital to find himself confronted with the zombie apocalypse. Zombies swarm around her as she plays that piano with conviction in different areas of and outside the hospital. How did she move the piano? Were three or four tuned pianos simply laying around the hospital prior to the fall of humanity? Silly mortal. Don’t ask questions.