Zombies Invade Petco Park as The Walking Dead Shows Up 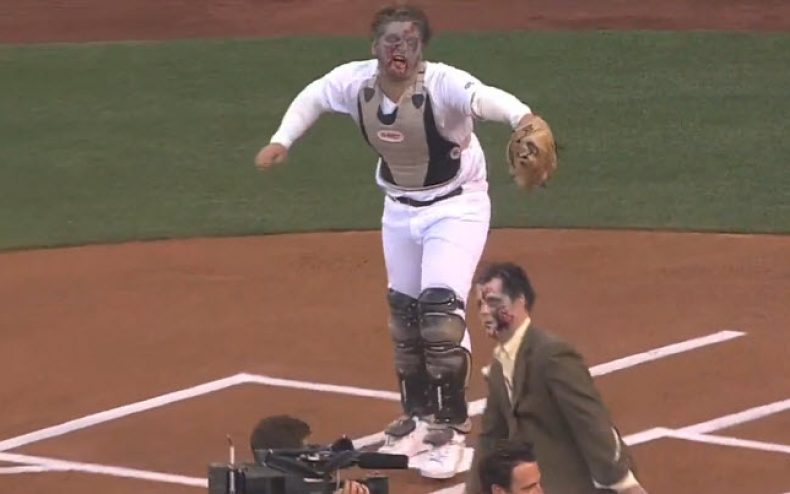 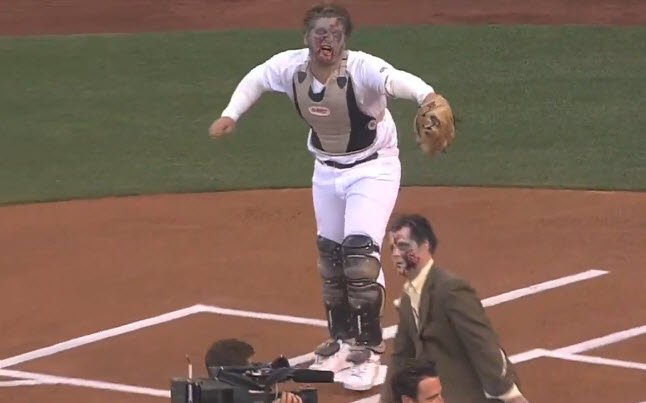 Zombies invade Petco Park as the first pitch of the San Diego Padres game gets a little crazy. The invasion happened during college night, and they thought it would be a perfect time to spread the word on next month’s Comic-Con, that happens to feature The Walking Dead.

The baseball game started out like any other game that night, but when the first pitch was thrown is when it started to get strange. You can see the catcher doesn’t move when the ball is thrown, and then he stands up and takes off his mask to reveal he is a zombie! Then in a matter of seconds more zombies began filling the field as they tried to hunt down the pitcher.

The whole event was pretty entertaining and it must have been pretty cool to be there. Next month, the San Diego Comic-Con runs from July 18-21, and this was a great way to stir up some excitement. Check out the video below as you will probably get a couple of laughs.

A big fan of The Walking Dead television series. In my spare time I enjoy blogging and simply hanging out. Oh and lets not forget, Go NY Giants!
You might also like
Comic-Consan diegoExtras