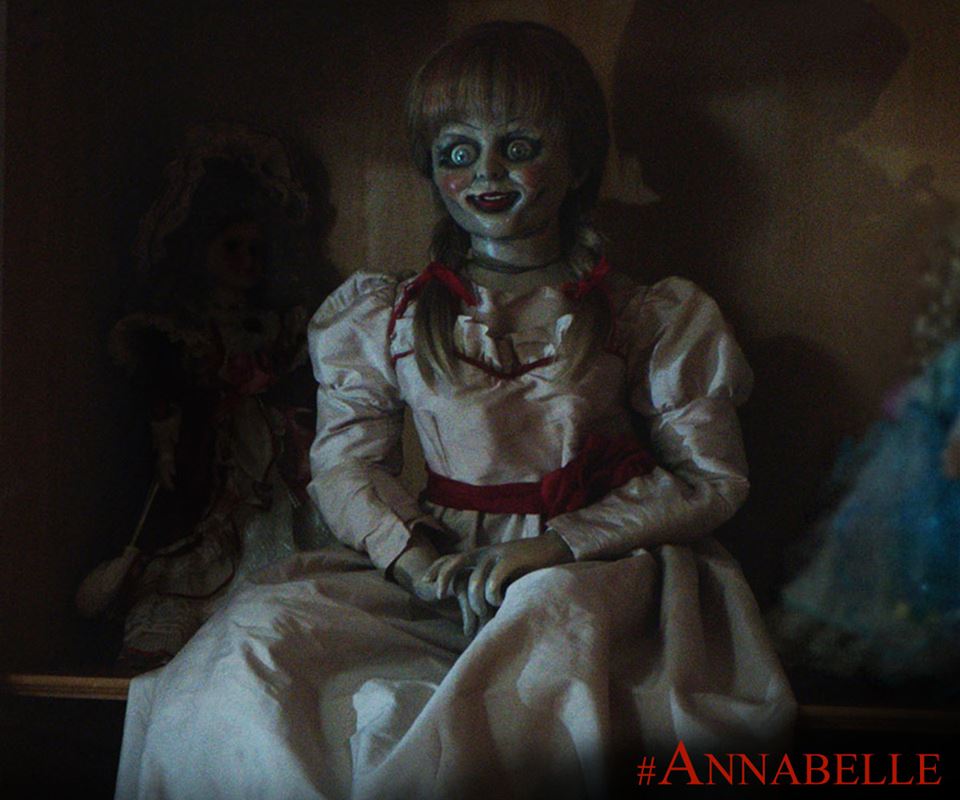 Everyone has one specific horror monster that gives them the heebie jeebies above all others. For me, it’s creepy dolls. I’d rather face a horde of zombies than one possessed doll.

The producers of Anabelle, a new horror film opening this Friday, seem to understand exactly why dolls inflict such terror on some people.

“Dolls are just so creepy,” Anabelle Director John Leonetti told USA Today. “Dolls through history emulate people, down to the eyelashes. But there’s emotion missing. There’s just this stare that never changes. It freaks people out.”

Anabelle was just one of many spooky things in 2013’s The Conjuring, but she was so scary she spun off into her own origin story film. The Conjuring is based on an allegedly true story, and maybe wasn’t so happy to have a movie about herself made. Or maybe she just wanted residuals. Anyway, Leonetti says scary things happened on the Anabelle set.

“The first [incident] was when we were prepping,” Leonetti told The Hollywood Reporter. “We went into the apartment where we were shooting, and in the transient window above the living room window. It was a full moon, and there were three fingers drawn through the dust along the window, and our demon has three fingers and three talons. [The markings] were being backlit by the moon. I have a picture! It was sick.”

Leonetti told USA Today Anabelle won’t run about like Chucky from the Child’s Play series. She’s more like a homicidal Elf on the Shelf, showing up in the worst places.

“The doll not moving, but appearing in different places without anybody seeing it move — that is very creepy, especially if you are strategic about it,” says Leonetti. “That messes with people’s minds.”