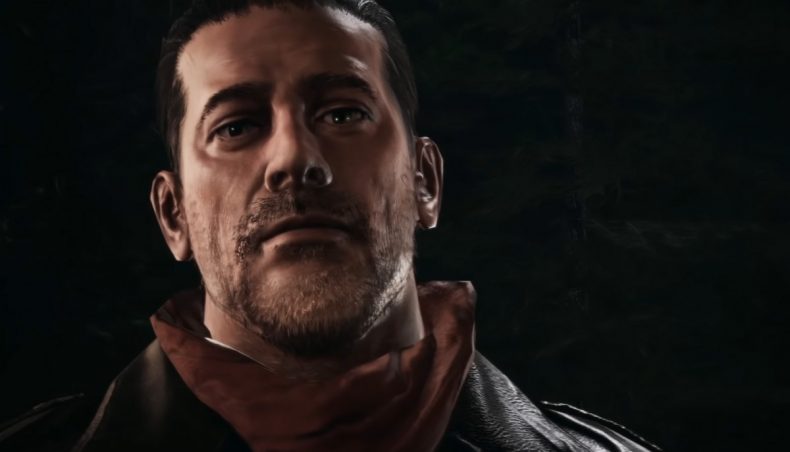 Who’s making that whistling noise as he saunters into the Tekken arena? It’s The Walking Dead’s Negan, readying Lucille to bash the other fighters.

The seventh chapter in the long-running fighting game series was released in February of 2017, and since then has been periodically updated with new characters via “seasons” of DLC content. Negan has arrived to wrap up the second season along with Julia Chang. Previously, Anna Williams and Lei Wulong were added to Tekken 7 in September, followed by Craig Marduk and Armor King before Christmas.

Bandai Namco elected to use TV Show Negan, not Comic Negan, which means the in-game model bears the likeness of Jeffrey Dean Morgan. IMDB says it’s actually Morgan providing his voice, and though we can’t confirm it 100%, we don’t see why it wouldn’t be.

The Walking Dead’s Negan, the charismatic leader of the Saviors, brought other communities together under his thumb with the motto “people are a resource.” One day, Negan received reports that an unknown group had taken out several of his men. Per his standard policy, he enacted a plan to capture and make an example of them. The survivors fell into Negan’s carefully laid trap, but, just as he was choosing his victim to serve as an example, the group put up an intense fight and escaped. Negan worried they would disturb his new world order if he did not deal with them swiftly. Taking his barbed-wire bat Lucille – named after his beloved wife – into his hand, he set out to take care of these foolish ingrates who would challenge his authority.

Yes It’s True: Negan Will Be In Tekken 7
Be the first to comment!
Leave a reply »