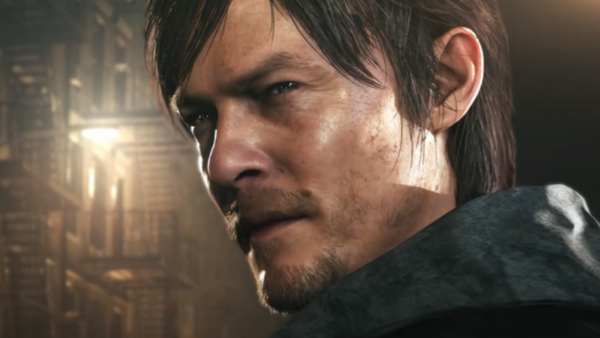 The Walking Dead fans who played the mysterious PlayStation 4 demo P.T. yesterday were rewarded with a familiar face at the end.

The demo was released as part of the Gamescom video game conference in Cologne, Germany. As you can see in the reveal above, gamers who got to the end of the demo saw a man walking down a foggy street turn, and found out they were actually playing a long-form interactive trailer for a new Silent Hill game, Silent Hills. And Norman Reedus is the star.

Or at least a reasonably convincing virtual version voiced by Reedus. The game also has Metal Gear creator Hideo Kojima and Hellboy director Guillermo del Toro on board, so there’s no skimping on star power.

That’s a good sign for the Silent Hill series, which was at one point the hands-down scariest and most thought-provoking video game series, but has been content in recent years to poop out forgettable sequel after forgettable sequel.

Kojima actually hinted at the game as early as April, although it wasn’t take seriously.

Kojima said on Twitter “I want to do 3D capture Ryan Gosling and Norman Reedus and make game with them.” So far footage of Gosling has not showed up, but 3D-captured Norman Reedus shows it’s not wise to count Kojima out

So does Norman’s presence make you want to play this new game? Let us know in the forums.

The Strain Episode 10 ‘Loved Ones’ Recap

The Strain Episode Nine ‘The Disappeared’ Airs Sunday on FX

The Strain Episode 8 ‘Creatures of the Night’ Recap

The Strain Episode Six ‘Occultation’ Recap
Be the first to comment!
Leave a reply »