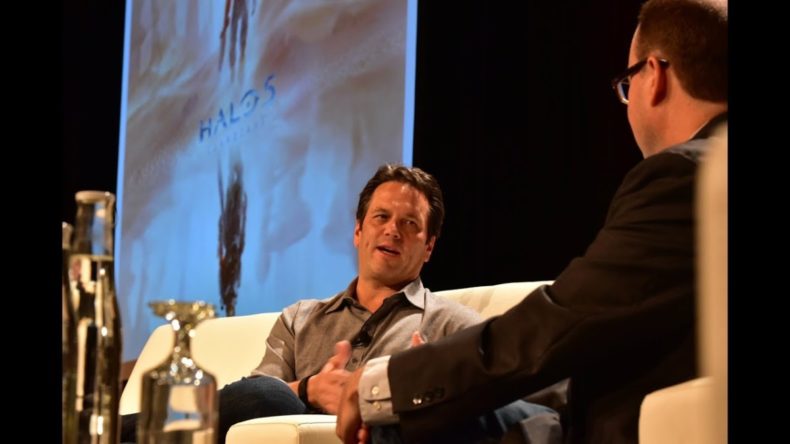 Microsoft has been getting more aggressive lately, slashing prices and offering a total of eleven XBox One bundles this holiday season. The console has become a pretty good value as a result, but they’re still playing catch-up to Sony’s Playstation 4, and it’s a race current XBox boss Phil Spencer admits they might not be able to ever win. You might remember that during those crucial first months, when gamers were deciding their loyalties for the next five years, Microsoft was forcing consumer-unfriendly policies on them and ignoring their complaints. Spencer spoke to the crowd at the 2015 GeekWire Summit about his regrets regarding that period.

“Whether it’s always-on, used games, whatever the feature was, we lost the trust in them that they were at the center of our decision-making process,” he said. “Were we building a product for us, or were we building a product for the gamers? And as soon as that question came into people’s minds and they looked at anything, whether it was the power of our box, our launch lineup, microtransactions, any of the features that you talked about, what you find is very quickly you lose the benefit of the doubt. You lose your customer’s assumption that the reason you’re building your product is to delight them and not just build a better and more maybe manipulative product.
“I sit back and I think about an [organization] of thousands of people, you’re down in the organization and some words and some actions from executives kinda just trash all the work that you’ve done over the last three years, many weekends and nights, and you start to question why am I doing this?” he added. “Why am I working so hard when a few crass comments can actually position our product more directly than any work that the team was doing?”

It’s exceedingly rare to hear a top man from any company open up about their mistakes — especially if they’re recent ones. But then again, Spencer didn’t become head of Microsoft’s XBox division until March 2014, which was after the XBox One was already out and the company had already backpedaled from their height of hubris. It’s easier to cop up to failure if you’re not the one who caused it.
You can listen to Phil express remorse in the full interview below.

Halo's Warthog Will Be Driveable In Forza Horizon 3
Be the first to comment!
Leave a reply »