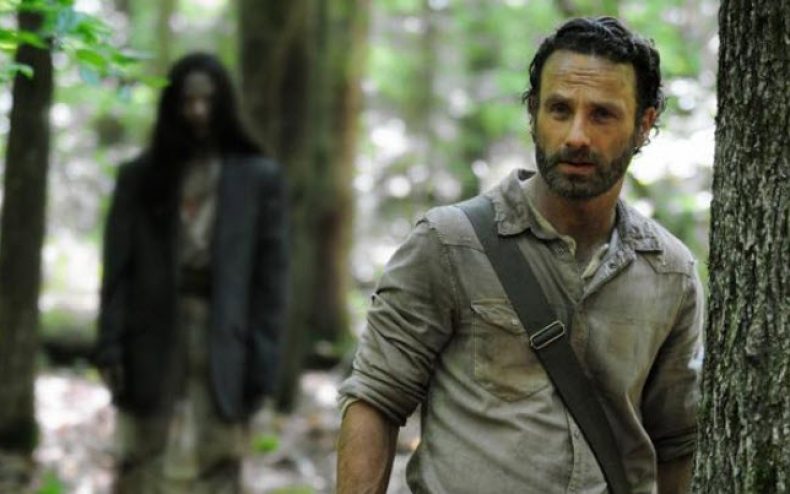 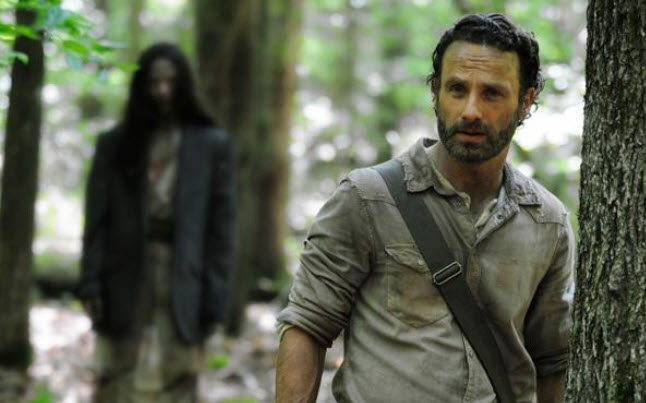 The Walking Dead is not wasting any time giving the fans of this incredibly popular show a taste of fourth season as the producers have released the first season 4 photo!

The photo shows the lead character Rick Grimes, who is played by Andrew Lincoln, walking through the woods in front of what appears to be a zombie close behind. 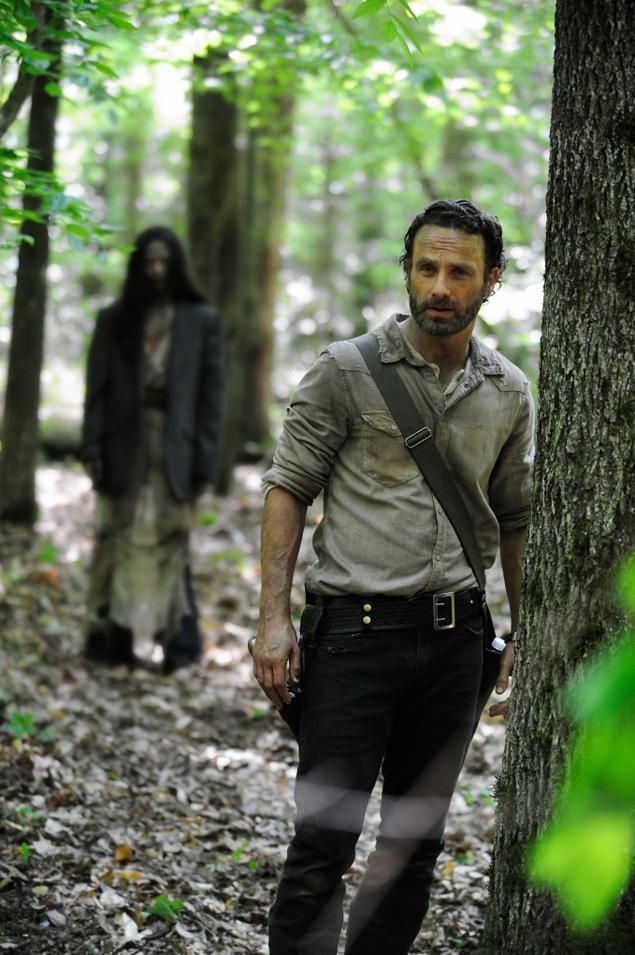 The filming for next season of the show started this past Monday down in Senoia, Georgia. Senoia has been the mecca for the fans of The Walking Dead as they continue to pick up filming where they did last year.

We love the fact that AMC has released this photo to give us a little excitement for the next season, which is still months away. Hopefully there are many more pictures, and inside events, that will be coming out as well over the next few months.

Season 4 of The Walking Dead begins again this fall, and the first episode should be really good according to Norman Reedus who said, ““Episode one is huge. I promise you’ll freakout. gonna be SO GOOD.”

A big fan of The Walking Dead television series. In my spare time I enjoy blogging and simply hanging out. Oh and lets not forget, Go NY Giants!
You might also like
Andrew LincolnFilmingTV Filming