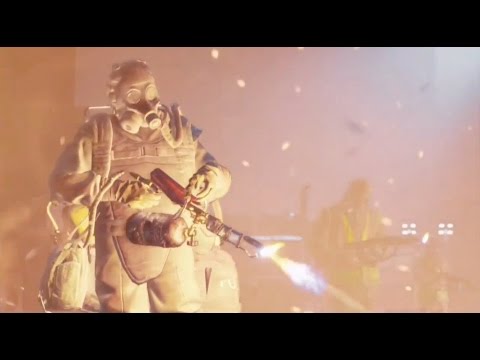 During Ubisoft’s E3 press conference this afternoon, new gameplay footage of Tom Clancy’s The Division was shown, as well as a definitive release date.
Said release date won’t be until March of next year, BUT you may be able to get to play it sooner than that, if you don’t mind the beta version. A lot of AAA games announced so far at E3 this year have had beta access programs attached to them, and The Division is no exception. The Division beta will appear on XBox One this December, and as with the other beta programs, you get into this one by preordering the game.
The Division is a game that takes place in a post-apocalyptic New York City, where cooperation is the key to survival (and so are big guns). It’s mostly a shooter game, although there are exploration and RPG elements to keep things from being flat.

As for the new gameplay footage, it took place in an area called a Dark Zone where the main team encountered two other teams, and had to decide quickly if those teams were friendly or hostile. (Here’s a hint: if you’re online, they’re hostile.) Then again, if the end is any indication, you may not be fully able to trust your own team either!
The final, non-beta version of Tom Clancy’s The Division will launch for Playstation 4, XBox One and PC on March 8, 2016.

Why The PS4 Version Of PUBG Will Take A While