The Walking Dead Season 4 Episode Titles For Shows 5, 6, And 7 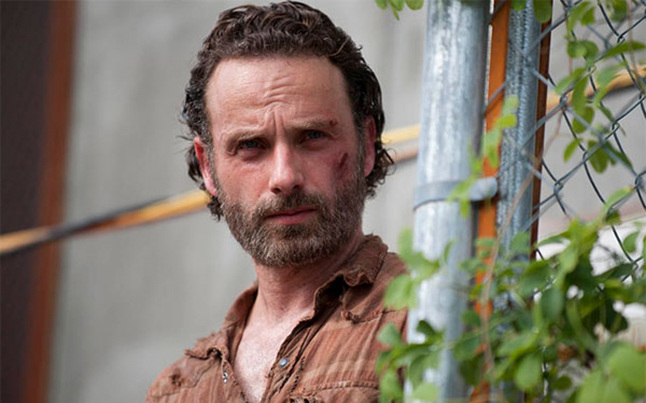 Well it’s time to get speculating again as we have the season 4 episode titles and synopses for shows 5, 6, and 7, of The Walking Dead. Season 4 of The Walking Dead enters this weekend into its third week with the episode “Isolation” this Sunday.

So far we have the following season 4 episode titles, which represents shows 1 through 7. Since season 4 of The Walking Dead will have 16 episodes, nearly half are out already. The mid-season finale episode title should be coming out soon, or at least leaking soon.

“The group lives an ideal life at the prison, and strives to hold onto humanity.”

“The group faces a new enemy; Rick and the others fight to protect their hard-won livelihood.”

“A group leaves the prison to search for supplies; the remaining members of the group deal with recent losses.”

“The supply mission faces hurdles; the situation at the prison worsens.”

“Assorted enemies pressure Rick and the group; the survivors and the prison may reach a breaking point.”

“Group members struggle to find their humanity while being constantly threatened.”

“Something new unfolds at a camp outside the prison; the addition of new members may threaten peace.”

A big fan of The Walking Dead television series. In my spare time I enjoy blogging and simply hanging out. Oh and lets not forget, Go NY Giants!
You might also like
Dead Weightepisode titlesTV Series