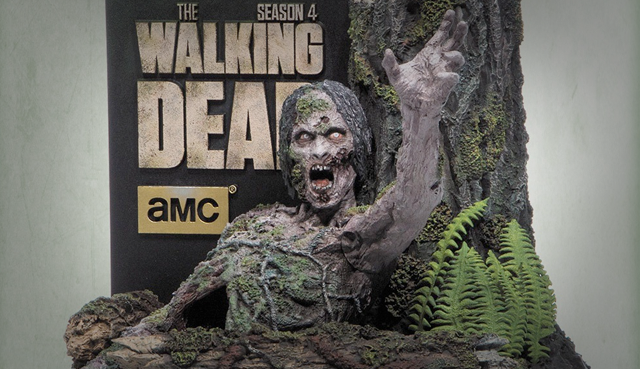 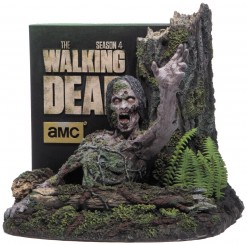 You can take Rick, Carol, Daryl, Beth, even Eugene and Lizzie if you’re into that, home this August 26th, as the fourth season of The Walking Dead hits DVD and Blu-ray.

And the survivors will still be in that damn boxcar for a couple more months until season five starts in October.

Anchor Bay Entertainment will be releasing the season in a number of formats, including standard DVD and Blu-ray and a special edition Blu-Ray with a memorable mossy tree walker box created by McFarlane Toys.

Each box will contain five discs. The Blu-ray also contains an Ultraviolet Digital HD version, which allows you cloud-based access to the show from various devices. All sets will include behind-the-scenes extras and special features, but some are exclusive to the Blu-Ray version so you’ll have to get that one if you want them all.