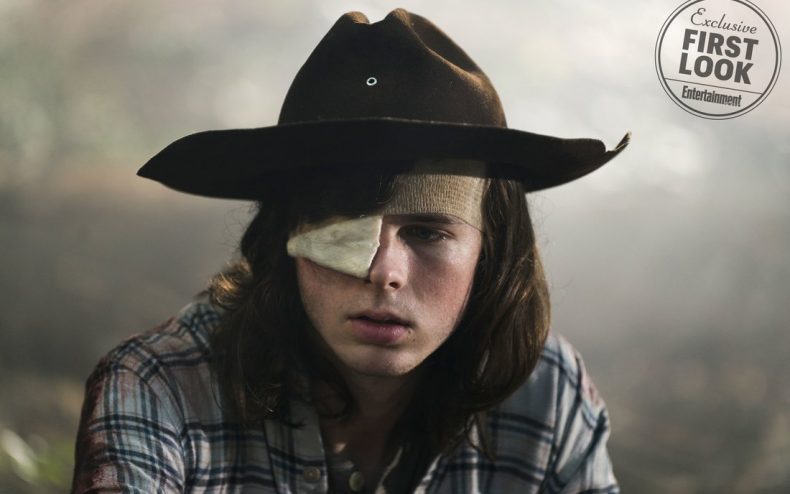 Should it be any surprise that an episode focused on the death of one of The Walking Dead’s longest-running characters be one of its saddest? That’s what we’re hearing from behind the scenes. How long will the episode run, however?

TWD’s midseason finale faded to black with the reveal that Carl had been bitten by a zombie and was not long for the world. The twist was met with skepticism by some, since it would be such a hard split from the comics, where Carl lives. Since then we’ve had it confirmed that the bite is legit and that we’re doing this.

“I think it’s one of our most powerful episodes that we’ve ever produced,” executive producer Greg Nicotero told EW.com. “When I watched the first cut of this episode, tears were coming out of my eyes 20 minutes into it.”

After those 20 minutes, there are 62 more. The Hollywood Reporter says Carl’s exit episode will be the second-longest TWD installment at 82 minutes, only outclocked by “Service” from Season 4, which ran for 85.

Given that Greg has known all the details of this episode for months, how come it took him until the edit bay to tear up? “I really try not to get super emotional when we’re shooting that stuff,” he said to EW. “But it’s always this delayed reaction. It was the same with Dale. I remember directing the episode with Jeffery DeMunn, and I was so wrapped up with the technique of shooting it and making sure I got all the beats and all the character moments, that it didn’t really hit me until afterwards.”

The Walking Dead returns approximately one month from now, February 25th at 9 PM on AMC.