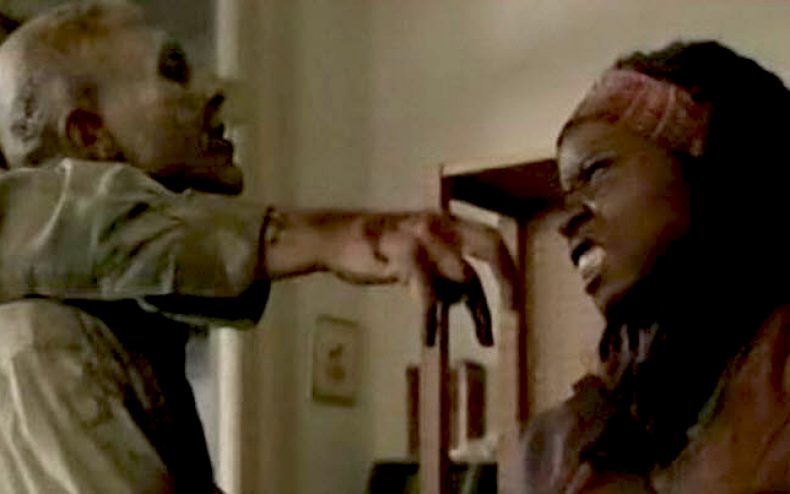 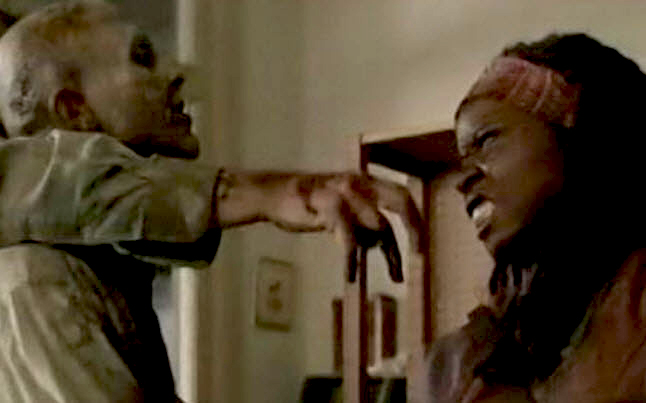 Sunday night AMC’s Talking Dead revealed new footage from the 3rd season of The Walking Dead. In the scene we get our look at Michonne who is played by Danai Gurira. Michonne has been with a major character in the Robert Kirkman’s The Walking Dead Comics since issue #19 and should be a major contributor to the show as well. In the clip from the Talking Dead we got to see Michonne slice and dice some zombies in what appears to be a home. When she is killing them, she collects her aspirin and goes about her way.

“The essence of the character, her personality, her motives, everything that makes Michonne. Michonne remains intact from the comics,” comic creator and “Walking Dead” executive producer Robert Kirkman told EW. “But like a lot of things on the show, there will be little tweaks and differences here and there. We saw that her introduction is slightly different from how it was in the comic, and her interaction with Andrea is really going to be a really cool addition to the character that I think will get television viewers up to speed, and they’ll get to know her a lot faster than comic book readers did.”

The 3rd season of The Walking Dead should be awesome with the addition of the fan favorite Michonne. She keeps growing in popularity and everyone, including the zombies, are dying to see her in action. No pun intended.

Big fan of all things Walking Dead. From the comics, to the games and of course, the TV show. Also a huge movie nerd. I Love Sci Fi and adventure movies but will pretty much watch anything.
You might also like
AMCMichonneTV Cast