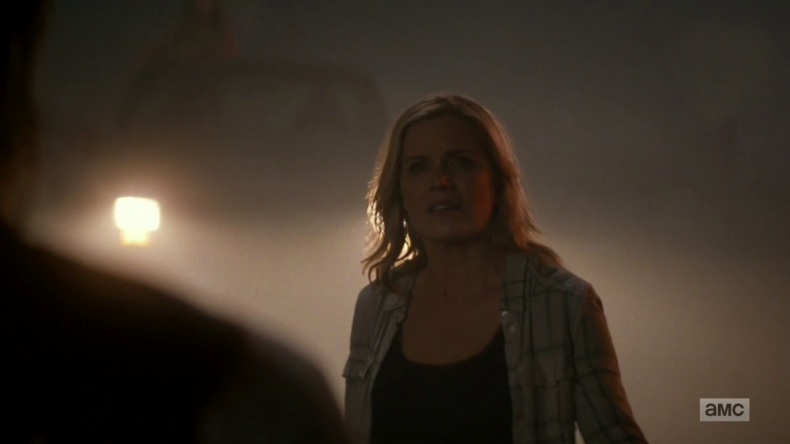 A season and a half of Fear The Walking Dead episodes have now aired. The first season was rather short, so the current total is just 13 episodes (which in normal cases amounts to one season). The show’s producers told us before FTWD started that its story would begin well before The Walking Dead started its. The question is, how far are we NOW from the point where Rick woke up in that hospital bed?

According to showrunner Dave Erickson, the point where the Mexican mansion goes on fire and Crazy Nick runs off to live with zombies is pretty close to the point when the original show started. “If you marked off the days [that have passed on air since Fear the Walking Dead debuted], I think right now, by the end of the first half [of season two], we’re getting very close to Rick waking up in Georgia,” Erickson said to the website TVLine. “[Fear The Walking Dead survivors have] arrived at a place where they’re up to speed on how one deals with the apocalypse and the dead.”

Erickson was asked about the scene in the midseason finale where Madison cages Celia in the basement and traps her there to die, and if this meant the family was approaching Rick ‘n Daryl levels of ruthlessness. “That wasn’t a matter of ‘We have to have one of our core characters do something that seems incredibly immoral or violent in order to catch up with where they should be,’” Erickson explained. “That was more a mother who was trying to protect her son [Nick] from, essentially, a drug dealer.”