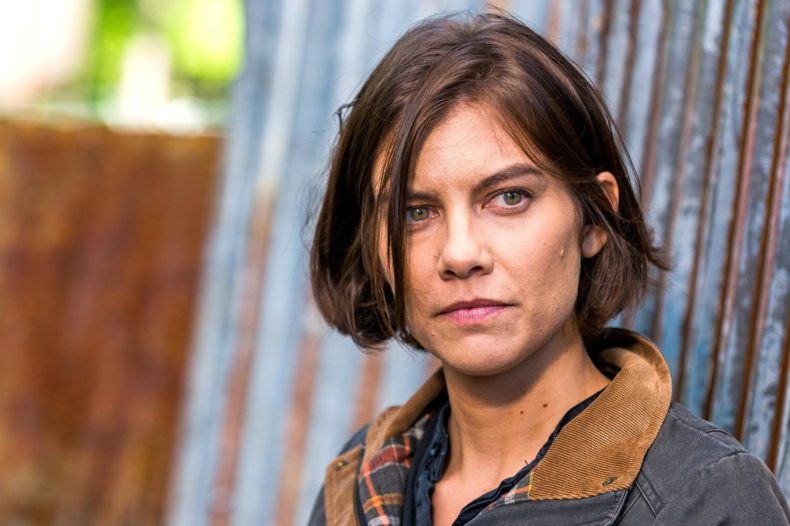 Still worrying about the fate of Maggie on The Walking Dead? You can breathe easier now….but what happens next?

For months there was a 16-ton weight hanging over this coming season, and it stemmed from a contract dispute between actress Lauren Cohan and AMC. She wanted a pay raise; AMC didn’t want to give her one. Cohan went far enough to accept an offer to star in a pilot for an ABC series, Whiskey Cavalier. Under the terms of her deal with AMC, she couldn’t work two shows. Cohan stepped all the way to the cliff and said “Your move now.”

With Season Eight ending the way it did, Cohan walking off the show would have created a gigantic mess. Thankfully this is not in our future. After two months of nail-biting silence, the word came through this week: Cohan and AMC have worked out a new deal that satisfied both parties, and Maggie Rhee will not be shot or eaten or happen to fall off a cliff between seasons.

“I’m going back,” Cohan said to EW.com. “There’s a lot more Maggie story to tell.” EW asked her what kind of story. She replied, “You know we’re not allowed to tell you anything, but it’s good.”

Of course, it’s not hard to guess what happens next. Season Eight ended with Rick sparing Negan, per the wishes of his late son — and to the outrage of Maggie, who burned for payback after Negan pulpified her husband before her eyes. In Maggie’s final scene, she conspires with Jesus and Daryl to remove Mr. Grimes from his perch as leader. The only question up in the air is what kind of plan they have in mind.

As for Cohan’s backup strategy…plans for ABC’s next season will not be announced until the Upfronts in a few weeks, but if Whiskey Cavalier is picked up, Cohan’s role will most likely be recast.